Michael Mullen & Dan Morris, Philadelphia - Michael: I do think he’s the best chance the Republicans have to get into the White House. I think he would make an effective president, but he wouldn’t represent my views. Dan: I think he’s too volatile and hot headed to make an effective president. I don’t think he has the cool headed demeanor for that office. He’s just not presidential when it comes to handling the press and the general public. People in New Jersey are used to that sassy attitude, but that’s not going to fly in Kansas.

Candlelight Vigil Planned in Wake Of Tragic Shooting in Colorado 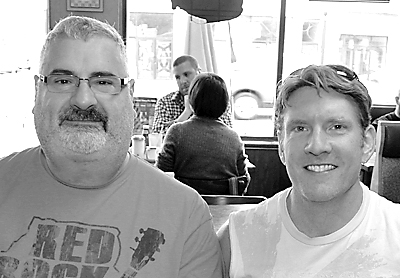