A Favorite on ‘The Voice’ Ends Tour in Asbury Park 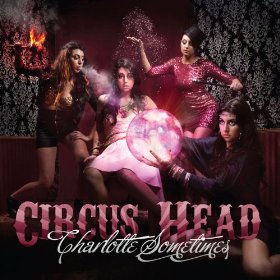 Charlotte Sometimes, the indie-pop songstress and a fan favorite on NBC’s “The Voice,” is winding up her “Brilliant, Broke, and Beautiful Tour” at The Saint in Asbury Park Sun., Oct. 13.

And after touring the mid-West and West Coast for about six weeks, Charlotte, who is from Wall Township and on her 10th tour, said she is ready to come back to Asbury Park.

“I think Asbury Park is great. Everyone sticks together. Small communities and little cities have their own oddities, and I think that’s great. It’s home, with a bunch of misfits- all different kinds of people, which I love,” she said.

On Sunday, The Saint, at 601 Main Street, will feature Sometimes, plus Lindsey Pavao –a finalist from Season 2 on “The Voice,” Hero’s Last Mission; Josh Zuckerman and special other guests. Doors are at 6:30 pm. and tickets are $15.

Before celebrating her 25th birthday, the artist already found herself praised by critics and superstars alike. As Blake Shelton, her coach on NBC’s “The Voice” put it: “She’s a true artist and true artists have visions.”

“The moment she starts singing, you remember her slinky voice and why all four judges turned around during her audition (on ‘The Voice’)” wrote Rolling Stone magazine.

In addition to making the top 24 on Season 2 of “The Voice,” Charlotte Sometimes has been named a VH1 “You Oughta Know” artist and one of the “Top 100 Bands You Need To Know” by Alternative Press magazine.

She has toured in support of Butch Walker, Gavin Degraw, Pat Monahan and The Hush Sound. During the summer of 2013, she returned to the Vans Warped Tour.

Born in Wall Township in 1988, Jessica Charlotte Poland, better known by her stage name Charlotte Sometimes, started playing guitar and writing songs at 14. Her debut album was released by Geffen Records on May 6, 2008 and is titled “Waves and The Both Of Us.” The album peaked at #145 on the Billboard 200 and #3 on the Billboard Top Heatseekers chart

Her latest EP “Circus Head” was released last year on the day of Superstorm Sandy while Sometimes was living in Asbury Park.

She began her career playing in a five-piece band (J. Poland and The Pilots) in early 2006. The group began performing around the New Brunswick and soon began playing shows in New York.

She was a contestant on the second season of NBC’s “The Voice”.. After having all four judges turn around in the blind audition round, she chose Blake Sheldon as her coach. She was eliminated after the first live round.

Below, watch a behind the scenes look at the photo shoot with photographer Carl Timpone for the cover of Charlotte Sometimes’ new EP, “Circus Head”.