In Asbury Park: Residents to Vote on Government Change 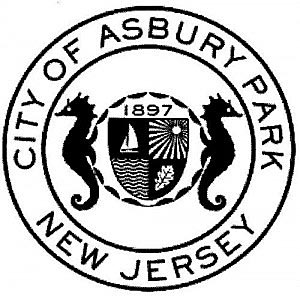 Asbury Park voters will be going to the polls on Nov. 5 to decide if they want to change the city’s form of government as recommended by a special Charter Study Committee.

“A lot of work went into preparing this. We met every Monday for eight months and I am satisfied with the results,” commission member Rita Morano said.

A special ballot question will ask voters: “Shall the Council/Manager Plan of the Optional Municipal Charter Law, providing for five (5) council members to be elected at large for staggered terms at non-partisan elections held in November, with the Mayor directly elected by the voters, with run-off elections to be held thereafter if a sufficient number of candidates fail to attain a majority of votes be adopted by the City of Asbury Park.”

“This form of government will add more transparency, adding efficiency because the council will be empowered to form subcommittees with subpoena power for fiscal and investigative purpose,” the final CSC report said.

Morano said she supported the change of government.

“ And I hope voters approve it because, if they don’t, we can’t do anything again for 10 years. Our current form of government is kind of obsolete and it will give our city a fresh start,” Morano said

If rejected by voters, the issue cannot be brought up again for 10 years.

If approved the winners of the election will be sworn in at noon on New Year’s Day, 2015 and the current council will be terminated. During this meeting, lots will be drawn to determine which two council members will serve for only two years. The mayor and other council members serve will serve four-year terms

The Charter Study Commission was formed last November after voters approved it and elected its five members. The CSC had until Aug. 5 to present their final report and a majority of voters need to approve its recommendation on Nov. 5.

After review, the CSC found that the Council-Manager form is a modern form of government and will open several avenues of voter accountability, with the mayor being directly elected, allowing voters the power of initiative and referendum. This form also gives the council fiscal and investigative controls.

A similar Asbury Park change-of-government ballot question was presented to voters in 1994 but it was defeated by more than a two-to-one majority.