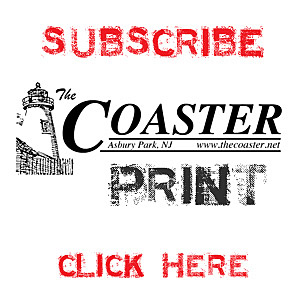 The Asbury Park City Council had hoped to have a new city manager hired by Jan. 1, at the latest, but as that day nears it’s uncertain if that will happen.

Director of Social Services Tony Nuccio was appointed acting-city manager for the last two months with expectations that a new city manager would be in place by the first of the year.

And while some council members say that a qualified person has been offered the city manager’s job that person has not made any commitment yet and certainly no one appears to be in place to step into the post Jan. 1.

“(The council) has done a search, narrowed it down, and an offer has been made to an individual through the city attorney and we are just waiting to hear back from that individual,” Nuccio said.

Reidy, who held the job for 10 years, left the post effective Oct. 31.

Moor, who was the top vote-getter in the May election, said this week he is upset that the process is taking so long and that personal political agendas seem to be one of the holdups.

“Never in my wildest imagination did I think this process would take so long. I was expecting to have somebody in place by Jan. 1,” he said. “Call me naive, but I thought elected officials were not supposed to have personal agendas. To delay the hiring of a new and competent city manager, which would benefit 18,000 residents, is beyond comprehension. Some of us want to correct past mistakes and move forward, while unfortunately others want to continue down the same futile path.”

Henderson said interviews for the position were completed and that the city is working on a contract that it feels it can offer to the person selected.

“This is one of the most important positions in the city and we feel the need to have the right person in the job,” she said.

Henderson said she hopes some action can be taken a next week’s City Council meeting.

“Most of the people we interviewed could not begin until January anyway,” she said.

Councilman John Loffredo said that the city “is close to negotiating with somebody.”

Mayor Campbell could not be reached for comment and Councilwoman Amy Quinn said she did not want to comment at this time.

A special election will be held next November to chose a new council and change the city’s form of government under a referendum approved by voters in the recent November general election.

Such a change of the governing body could jeopardize the job security of the new, incoming city manager.

However, according to city officials, a new memorandum of understanding is in place with the state as part of the city’s transitional aid package and its associated requirements.

Under the new agreement, no city department head can be fired or dismissed without approval from the state.

Nuccio was appointed acting-city manager from Nov. 1 to Dec. 31 and will receive an extra stipend for his additional work.

Since Nuccio teaches on Wednesdays, the council meetings have been held on Tuesdays in November and December. It is still unclear what will happen if a new city manager is not in place for the first council meeting of the new year.