Neptune Seeks $80,000 Grant to Fight Marijuana Use by Teens 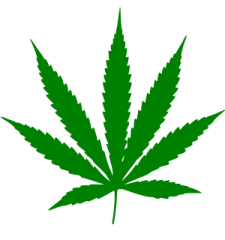 Marijuana is the most common illegal drug being used by Neptune teenagers today and the township’s Municipal Alliance to Prevent Alcohol and Drug Abuse is seeking an $80,000 grant to help combat the problem.

Alliance coordinator Dawn Thompson told the Township Committee Monday night that the alliance hopes to fight the problem and has applied for an $80,000 grant from the Governor’s Council On Alcoholism and Drug Abuse, which is funded through fines imposed when people are arrested for impaired driving.

“We put together a pretty intense package that is pretty comprehensive, it outlines some of our former program but gives them more reach,” she said.

Thompson, who is also the township’s recreation director, said that the biggest drug issue now being faced in Neptune is marijuana use.

“Our biggest issue is marijuana use for those under age 25 and we want to debunk some of the myths and get the right messages out there,” she said.

She said that abuse and treatment for marijuana is up in the state and that it is the most prevalent problem in Neptune.

She said that out of all of the Neptune students suspected of doing drugs and chemically tested, 82 percent test positive for marijuana.

Neptune ranks second-highest in Monmouth County for treatment admissions for marijuana among individuals age 18 to 25 and, in 2012, 78 percent of the youth taken into police custody were for marijuana-related charges.

Neptune High School students reported that marijuana is the most used drug among youth in Neptune.

Thompson said that getting the schools more involved is also a part of the Alliance program that is being reviewed, as are joint programs with neighboring Asbury Park and the county.

“A lot of kids feel that marijuana is OK in places like Colorado so it is OK here. A lot of people think it is permissible,” Committeeman Kevin McMillan said.

He said he sees a lot more “smoke shops” popping up in Monmouth County where drug paraphernalia is sold, like marijuana pipes.

Mayor Michael Brantley said he hopes the Neptune program “will be significant” because many teenagers now believe smoking marijuana is something they can do.

Committeeman Randy Bishop said he knows heroin is another problem in many towns and he was “hoping that it is something we can get in front of.”

Thompson said that while that is true, marijuana use will be the main focus of the alliance’s current program.

The township will be required to provide 25 percent in matching funding if the grant is received, perhaps sometime in April. Some of the matching funds will come from Alliance funds and some from the municipal budget.

Thompson said that there used to be a $40,000 ceiling on the amount of the state grant but that has now been removed and the township is requesting $80,000.

“We have been working on this grant for about eight months and we are competing against other towns,” she said.