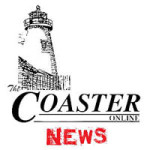 James Stefankiewicz, the current School Superintendent at Red Bank Regional High School, has been appointed to replace John Lysko as the new superintendent of the Ocean Township school district.

Stefankiewicz, who is an Ocean Township resident, was appointed at this week’s Board of Education meeting and will begin his new job on July 1.

“I am very excited. Ocean Township is an outstanding school district,” he said. “And  I know I have huge shoes to fill. Living here has helped me understand where this school district wants to go and I want to pick up the ball left by John and move forward into the future.”

Stefankiewicz, 46, has lived in the West Allenhurst section of the township for 16 years. He is married and has a son in the school district. He has been superintendent at Red Back Regional for three years.

“This was a long and difficult process and a labor of love to do what is right for the school district,” Board President Sylvia Sylvia said. “We are confident in our decision and think it is a good one.”

A special meet-and-greet will be held in the Board of Education meeting room on Monmouth Road on Tuesday, May 6 at 8 .p.m. so parents and students can meet their new superintendent.

School Board member Robert Angelini said he agrees with Sylvia that selecting the new superintendent was “a very difficult decision.”

He noted that some candidates from within the school district were also interviewed for the superintendent’s position.

“We have great people in this school district. It was a very difficult decision to make and the board worked very hard on this,” he said.

Stefankiewicz said some of the biggest challenges he sees ahead in the school district are keeping budgets down, making sure students are prepared for new state-standard testing, and maintaining good common-core educational standards.

“We really need to be innovative with budgets and be mindful of the taxpayers. After all, I pay taxes here too,” he said.

“We need to give our kids the best education and have them prepared as best possible for the future,” he said.

Lysko has been in the school district for 42 years and his retirement takes effect June 30.