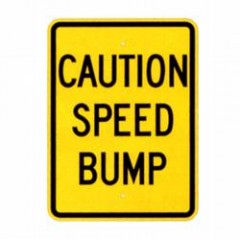 A temporary speed bump may be coming to your neighborhood soon if you live in Neptune.

Township Business Administrator Vito Gadaleta said the township has purchased a number of speed bumps and speed tables that will be temporarily installed throughout the township in an attempt to slow down vehicular traffic in problem areas.

“The purpose is to reduce speeding in trouble spots as part of a comprehensive traffic-calming program,” he said.

Gadaleta said that a speed table is much wider than a speed bump, which is about three-feet wide.

“The tables and bumps are moveable but are affixed to the roadway. They will be used in different applications but will all be used to control speeding where there are issues,” he said.

The portable traffic bumps and tables will be placed at 11 locations throughout the township by early August, before school begins, township officials said.

“If you see a white X painted on your street right now, that’s where they are going,” township Chief Financial Officer Michael Bascom said.

“They record a lot more data than just your speed and we will analyze that data after the devices have been in place for awhile,” he said.

In addition, the township will also increase police radar patrols.

“It’s all part of a comprehensive program to improve the quality of life in Neptune,” he said.