by The Coaster Editorial Staff
in Neptune, Neptune City
1
VIEWS
Share on FacebookShare via EmailShare on Twitter 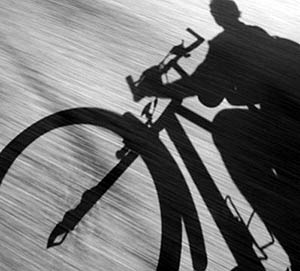 A three-mile bicycle path through Neptune, which will connect neighboring Wall Township and Neptune City, is expected to be created next year.

Township Director of Engineering and Planning Leanne Hoffman said at last week’s Township Committee meeting that a $580,000 Department of Transportation grant has been received to create the bike path.

“Out of 149 applicants, only 28 received funding. The connectivity of the bike path with neighboring towns was a determining factor in obtaining the grant,” she said.

The bike path, which is a little more than three miles long and will provide access to Wall and Neptune City, will then lead back to the county park land near Wall.

“It is like a big loop and gives the opportunity to go into these other towns,” Hoffman said.

She said the project will not take any private property and will be done on existing roadways.

The project also calls for three boardwalk-type vistas, with elevated access ramps, to be built along the path so bicyclists can also sit, relax, and enjoy the views of the Shark River.

The vistas will be built neat the Cracker Barrel convenience store by the Tucker Bridge; at the bottom of the Snake Hill area in Shark River Hills; and just north of the kayak ramp at the Neptune township marina on S. Riverside Drive

The project will be presented soon to the Shark River Hills Property Owners Association and is expected to be completed some time next year.

“We have to meet certain regulatory standards and design guidelines, this cannot be an arbitrary project – there are standards we have to follow,” Hoffman said.