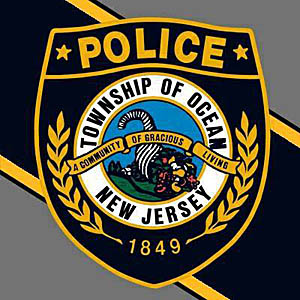 Ocean Township Police say they saved the life of a 25-year-old man after he apparently suffered a heroin overdose.

On Tuesday, Sept. 2, at about 11:20 p.m., Officers Randy Slawsky and Zachary Rhein responded to a reported overdose at a Rustic Drive apartment. They found an unconscious man in the living room. A family member reported it was believed the man had ingested heroin

The officers administered two doses of naloxone hydrochloride to the man and he became conscious and responsive. He was transported to a local hospital for treatment.