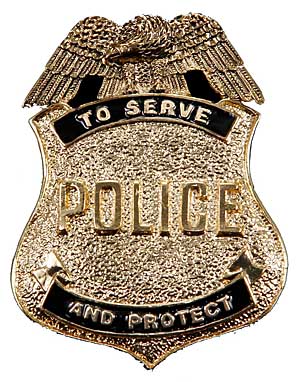 Who is a hero? Or better yet, who is your hero?

When you ask that question you can get an almost unlimited number of responses; each one different and unique. I suppose you first have to define what it means to be a hero.

We have all types of hero’s in our culture, from sports stars to rock stars to movie stars. There are also the classic hero’s like cops, fire fighters, military personnel and other first responders as well as moms and dads, teachers and coaches.

At one time or another I have had all of these on my list; as I get older the list changes from time to time, but so does the criteria for hero. I would bet that most of us are like that.

As a kid I remember thinking Tom Seaver was my hero. He was a cool pitcher for the New York Mets and he won a world series. I wrote him a letter when I was 7 and he mailed me back an autographed picture.

A few years later there was a guy in my neighborhood named Stanley Kilmartin who had just returned from Vietnam. His mom and dad put up a huge sign that said “Welcome Home Stanley from Vietnam”. I wasn’t sure what the significance was so I asked my dad. He told me about the war and the men and women who were sacrificing to keep us safe. I asked him if Stanley was one of the soldiers I saw on the news, the ones people were spitting on in the airport. My dad said he was, but the people that spit on the soldiers were wrong to do so. Stanley was my new hero.

A couple of years later I remember my family going through some tough times financially. My dad, a Union Electrician by trade, had started his own business and the first few years were tough money wise. He took a second job and so did my mom. They worked to save up for Christmas for me and my brother, to make sure we had a nice holiday. I was old enough at that point to understand the sacrifice they made for us. The extra work, plus starting a business was exhausting, but they did it for love. My mom and dad were my next hero’s.

The next bunch of years passed as I watched the world change and the concept of a hero changed with it. Gone were the innocent hero’s, the apple pie types. These were replaced with the gritty rock and rollers and movie stars living lives of luxury and abandon.

This change mimicked our country to a great extent as our cultural values morphed into the pop culture worship we see today. I suppose you can argue any side of that paradigm, but it doesn’t seem overwhelmingly healthy.

That brings me to adulthood. Now, as I see less road in front of me than road behind me, I asked myself if there were any heroes left in the world- the real substantial kind.

Immediately I think of the cops and fire fighters who died on 9/11 and the passengers and crew of Flight 93 over Shanksville Pennsylvania, the people in the Pentagon and the military people fighting for us around the world, but my greatest hero is someone I’ve never met. My hero is a six-year-old boy named Jesse Lewis.

Jesse lived in a small community in Newtown, Connecticut. He was a regular first grader attending the Sandy Hook elementary school. On the morning of December 14, 2012, Jesse and his classmates were going about their daily routines when a demon burst into their school.

The hum of energy generated by little kids in a school is unique thing. You can hear their laughter and silliness as you walk the hallways. Their excitement about just about anything is palpable.

On that morning the buzz of excitement was shattered by the sound of gunfire and screams of horror. The demon ran around the building shooting randomly; killing teachers and children alike without mercy.

Jesse and his classmates were huddled against a wall as the killer entered the room and began shooting. At some point he ran out of bullets and had to reload. Most of the children were paralyzed by fear and the deafening roar of the rifle as the killer fired again and again.

But in the silence as the killer reloaded his rifle the lone voice of courage rose above the terror. Little Jesse stood and screamed to the children “Run, run, run.”. And some of them did. Some ran past the demon and out of the room to safety. The killer was enraged by this and as soon as he was reloaded his first shot was to take the life of little, brave Jesse.

With the passing of time I have come to see Jesse in many different ways; most of them in ways beyond the reality of his age and innocence. I am at a loss to explain his bravery and selflessness; I am simply in awe of it.

I don’t know. I would hope I would be able to do it. I spent a career as a police officer, always aware that at any moment the world might come apart. We train for it, we talk about it, but can we do it. Can we be a Jesse?

Trying to understand how anyone reacts to crisis is a topic for a myriad of college courses and years of study. When it comes down to it how we react has to come from within us, from a place we can’t pin point.

When I think of my hero Jesse I can only imagine two scenarios that account for his action that morning. One, and this is the one that gives me the most comfort, is that at that moment, as the unimaginable took place, when Jesse stood, the Arch Angel Michael was at his side, hand on his shoulder feeding him strength; then, when his time had come, wrapping him up in his arms and carrying him off to a loving God.

Or the other possibility; Jesse was simply very special person; that one in a million of us that comes along ever so often in the history of humanity. A person possessed of character and courage beyond the rest of us.

Either way, my comforted version or the most likely that he was simply a special person, Jesse made a difference. He was there for a reason and his actions will echo through time; a guidepost for all of us.

Yes, there are many heroes out there, but six-year-old Jesse Lewis is mine. He taught me many things in his innocence and action. I hope if the time ever comes that I am a Jesse.

Are you a Jesse?