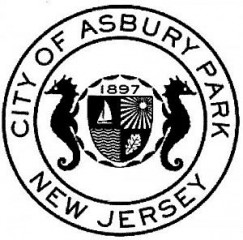 Asbury Park will not only see a change of government after the first of the year but it will also see many of its major boards, like the Planning Board and Board of Adjustment, reorganized with possible new faces as well.

“There will have to be new appointments to some boards by the new council,” City Manager Jack Kelly said.

Last year residents voted 1,204 to 403 to seek the change of government, or by about 75 percent to 25 percent. The change was recommended by a special Charter Study Commission created to look into the matter.

Charter Study Commission Chairwoman Pam Lamberton said the city needs to get the issue of who will constitute the new boards resolved quickly so applications before the boards can continue and not have to be reheard.

In addition to the planning and zoning boards, members to groups like the Wesley Lake Commission, Deal Lake Commission and Public Arts Committee will also have to be reappointed, whether with incumbents or new members.

Some boards and positions, like the Shade Tree Commission, the Housing Authority, the library Board of Trustees, the school board and municipal judges, will not be affected.

And while Lamberton believes the city needs to act quickly to reappoint these boards, she does not think reconstituting some of the boards as a bad thing.

“I think it’s great and I believe part of original intent for the change of government is to give the new government a clean slate and start functioning as a team,” she said.

Mayor Myra Campbell suggested at the last City Council meeting that all boards affected be sent letters to determine what members want to remain on their respective boards.

“We need to start building and planning so there is no problem,” Councilwoman Amy Quinn said.

Kelly said he expects the reappointments to the affected boards to happen quickly after the new five-member council is seated, probably at the Jan. 1 reorganization meeting instead of at the first regular public meeting on Jan. 7.

Both the planning and zoning boards have seven members and two alternates.

Planning Board members consist of the mayor or an appointee, a city official appointed by the mayor, one city council member, and four at-large members appointed by the council, which also includes the two alternates.

The Board of Adjustment has all of its members directly appointed by the City Council.