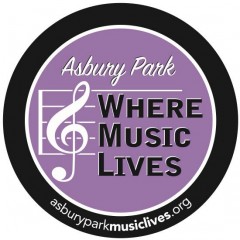 Asbury Park will once again host a film festival and this time it will include the city’s rich musical heritage.

The Asbury Park Musical Heritage Foundation said it is partnerning with the Asbury Park Press to bring a new film festival to the city in April 2015.

The 1st Annual Asbury Park Music in Film Festival has been scheduled to take place the weekend of April 10, 11 and 12, 2015. The festival will replace the Garden State Film Festival that was moved to Atlantic City in 2013. The loss of the GSFF, an eleven year economic mainstay in the city, had a significant negative impact on local businesses, many of which were still struggling to recover from Superstorm Sandy.

The Paramount Theatre and Grand Arcade in Convention Hall have been secured for the three-day festival that will incorporate many local businesses, galleries and clubs as screening venues.

Tom Gilmour, director of economic development for the city said after attempting to recruit another film festival to Asbury Park, it was decided to leverage the city’s ability to host a film festival and integrate one of the city’s most valuable assets: the long and amazing role that music has played in the past, present and future success of Asbury Park.

“I became very frustrated with trying to attract another film festival to the city. There were many interested but the fit just wasn’t right, so I reached out to the Asbury Park Press and we decided to create a new festival tailored for the city,” Gilmour said. “The festival will have music related categories for filmmakers to submit their entries such as music videos. There will also be an open category and a special category for local filmmakers. In the next couple of weeks, there will be a call out to city businesses to make sure there are opportunities for them to become part of the festival.”

A new web site has been created to launch the “Call for Entries” out to filmmakers: www.apmff.com. The deadline for entries has been set for January 15, 2015. The Asbury Park Musical Heritage Foundation has hired Matt Hockenjos as Executive Director of the Asbury Park Music in Film Festival.

A campaign is also being launched to attract sponsors for the event.

In addition to the “Call for Entries” for films the festival will be looking for a significant number of volunteers to be judges and to help market and operate the festival. The administrative offices for the festival will be set up in APMHF’s exhibit/performance space located at 708 Cookman Avenue in Asbury Park New Jersey 07712 – Phone: 732.775.8900.