Family Dollar to Move to New Location in Neptune City

by The Coaster Editorial Staff
in Neptune, Neptune City
0
VIEWS
Share on FacebookShare via EmailShare on Twitter 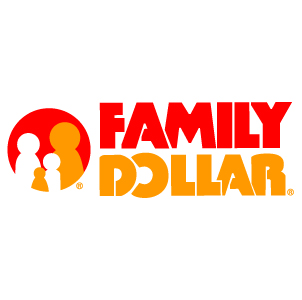 Family Dollar of Neptune received preliminary approval from the Neptune City Land Use Board this week to renovate the former Hostess outlet on Route 35 for its new location.

Final approval is expected to be granted next month.

When the new space is renovated and ready to open the Family Dollar store currently operating in the Stop and Shop center will close.

The company will upgrade and renovate the former Hostess building to use a portion for a 9,480 square foot Family Dollar store. The remaining 9,700 square feet is proposed for up to 6 additional tenants. The applicant seeks design waivers related to parking within 5 feet of a right of way and driveway width as well as installing a 130 square foot freestanding sign instead of the current 50 square feet maximum permitted.

In other Neptune City business, the Borough Council authorized a third payment of $50,000 to go to the $250,000 special emergency appropriation for the recovery from Hurricane Sandy.

“The businesses were very happy, the residents that came through I got nothing but positive feedback about it,” Brown said. “A lot of times it’s about spending your money at home. We really appreciate it.”

Councilwoman Pamela Renee also expressed her gratitude for the event saying that a Neptune City resident approached her to thank her police department.

“They’ve been instances where someone’s been unruly at sometimes and our Police Department comes up very cool and calm and collected and diffuses the situation,” Renee said. “I just really want to say thank you for that especially in light of everything around the community that we have such pride in our department.”

Brown also thanked all those who participated in Neptune City’s Annual Bocce Tournament for breast cancer awareness. He said the borough would be able to make a very generous donation to Meridian Health from the program.

“They ride for those who sacrificed their lives,” Kirschenbaum said. “Unfortunately it’s an occurrence almost everyday in our country that police officers are getting killed.”

A ceremony was held in Bradley Beach where members of the Neptune City police department attended.

During public participation, Neptune City resident Michael Skudera voiced his concern over the air quality coming from Nylabone. Brown responded saying that in the past the town has contacted the health department to monitor air quality testing and in the past they have fallen under the regulations that they have been allowed to be in.

“But we can definitely reach out to the health department to see if there’s anything new on it and maybe come down and do another inspection,” Brown.