No Parking Zone Considered in City 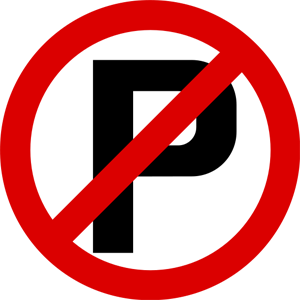 A one-block area in front of the Boys and Girls Club of Monmouth County in Asbury Park is being considered as a possible no parking zone under a plan presented by city police earlier this week.

Acting Police Chief Anthony Salerno said the no parking designation would help traffic flow in the busy area, including alleviating crowded conditions for buses on the narrow street.

“It is a very difficult roadway to navigate,” he said.

The one-block no parking zone would extend along the north side of Monroe Avenue, from Ridge to Prospect Avenues. The area contains the Boys and Girls Club, the adjacent swimming club, and a nearby pre-school.

Salerno said it appears most houses in the area have some off-street parking and that there is other nearby parking for club employees.

Mayor John Moor said he thinks more study needs to be done on the issue, such as conducting a survey of people in the area or perhaps limiting parking hours instead of banning them altogether.

“It’s something we have to address but I don’t know how,” he said.

Salerno said his department will go back and look at the area again.

“It does warrant more study,” he said.

In other council business, under the city’s change of government that went into effect on Jan. 1, the city’s entire municipal code needed to be examined and possibly rewritten.

City Attorney Frederick C. Raffetto said the city code was last reviewed in 2000 and that any major changes are ready to be adopted.

He called the review “a huge undertaking” and a move that “will bring Asbury Park into the 21st century along with other municipal governments in New Jersey.”

He said revisions will make the city’s code consistent with current laws, eliminate redundancies, and make the system easier to use.

“Much of the revisions focus on administration so the code conforms with the new government,” he said, adding that more changes can be expected in the future.

Resident Pam Lamberton, who volunteered to work on the code revisions, called it “a living document that keeps changes.”

She said search engines on the city’s website will now make it easier to find sections of the code.