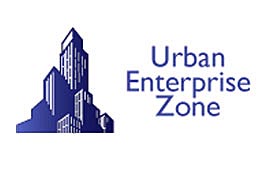 He said that the corporation’s required annual financial filings are still made but that state-supplied money from the program has dried up.

“There is no funding from the state so there is no need for a corporation,” he said.

The program still allows a sales tax exemption for businesses already signed up.

In the past, UEZ money helped fund items like new store facades, aid entrepreneurs through a small-loan program, contribute annually toward police patrols, and help the city pay for sidewalk and street-sweeper equipment.

“The city just doesn’t get any funding from it anymore,” Gilmour said.

He said that about $11,000 still left in the fund will be transferred to the city but that it needs to be used to fund the types of projects once sponsored by the UEZ.

“I think we need to use the funds in the spirit they were gathered,” Deputy Mayor Amy Quinn said at Tuesday’s City Council workshop, where Gilmour made the announcement.

The City Council recently voted to put $33,613.61 in remaining UEZ funds into the municipal budget to pay for website design, development and maintenance services.