City Footbridge Will Be Replaced 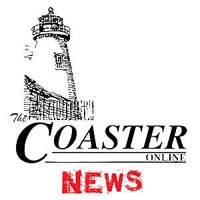 The historic wooden footbridge over Sunset Lake in Asbury Park, once a trolley bridge, is scheduled to be totally replaced next year after it was seriously damaged during Superstorm Sandy.

She said she expects the reimbursement will be received if the bridge is done with “full replacement in-kind,” which means the historic bridge will be replaced just as it is except for any required handicapped-accessibility modifications.

She said the bridge, which dates back to the Victorian era, was so seriously damaged during Sandy that it needs to be totally replaced.

“It is beyond repair. We will make sure we follow the necessary steps so the city is reimbursed. Any changes could trigger non-reimbursement but my best guess is you will get the reimbursement,” she said.

Ballard said costs to replace the bridge are estimated at $825,000 with an additional $87,500 for engineering and design.

Ballard said that since design, permitting, and bidding for the contract still need to take place, the project is not expected to begin until sometime next year.

The bridge, which was used by a city-wide trolley to cross over, has been closed to pedestrian traffic since the storm. The only way for pedestrians to cross Sunset Lake now is to walk around its perimeter or cross at the Grand Avenue Bridge.

The State Historical Preservation Office (SHPO) also reviewed the bridge repair application because the bridge is considered an historic structure.

According the Helen Pike’s book “Asbury Park’s Glory Days,” the trolley and the bridge were built to move people from the train station to other east-side destinations. The line was ultimately expected to be connected to Long Branch.

According to old maps, the trolley went down Main Street from the train station (now the James Howard Transportation Center), turned east on Asbury Avenue and then north on Emory Street. It then crossed over Sunset Lake on the wooden bridge and proceeded to Eighth Avenue. At Eighth Avenue it would make a right to Kingsley Street and then head south to Cookman Avenue. It would then go back to the train station and start the loop again.