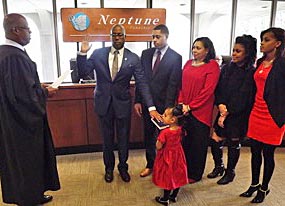 Kevin McMillan was sworn in as Neptune’s mayor in Jan. 1.

McMillan was chosen by the other members of the Township Committee to serve as mayor.