by The Coaster Editorial Staff
in Ocean Township, Special Features
0
VIEWS
Share on FacebookShare via EmailShare on Twitter 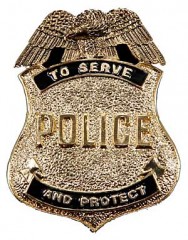 When the gun fire erupted in a night club in Orlando Florida people ran for cover and many were killed. The shooter took control of the building and the people inside were trapped and at the mercy of a maniac. This was an act of terror designed to hurt all of us.

The reality for the people inside the building was absolutely life and death; fear, and horror. Around them, on the floor their friends and loved ones lay dead or dying. We know from their phone messages that many of the people in the club were aware of the fact that they could die any minute. Those who could tried to hide and survive; one woman pulled some of the dead on top of herself to hide. I can only imagine that in their hearts they were hoping someone would come to save them.

That help did arrive in the form of men and women of the Orlando Police Department and the Orange County Sheriff’s Office as well as law enforcement personnel from other agencies that responded as soon as the call went out.

By all accounts the majority of those killed died in the initial attack. There was an off duty police officer on scene who was working security for the club. That officer engaged the shooter immediately, but could not eliminate him. Once that battle was over the shooter took a large number of people hostage and he engaged the police outside the building. As hard as it is for some people to understand, once he took hostages and stopped shooting the police response had to adjust.

An Active Shooter incident requires the police to get to the shooter and stop them as quickly as possible by either arrest, containment or the use of deadly force. But if the shooter stops shooting and takes hostages the response must be more measured. This usually involves some type of negotiations between the shooter and the police. The goal is to get the hostages out safely and take the suspect into custody without incident.

I have heard some people asking why the police didn’t storm the building immediately but instead waited several hours before going in. It would seem that in this incident by the time the police arrived on scene the shooter had barricaded himself in a bathroom with hostages. The right play at that time is to establish contact with the shooter and try to end the incident peacefully. No one seemed to know if the man would continue to kill innocent people or blow the building up.

The shooter made several comments to the police via the 911 system indicating he pledged his allegiance to ISIS and later made comments about detonating explosives. These conversations took place during those hours between the initial attack and the time the police breached the building with an armored vehicle.

From my own experience I can tell you that these conversations can go on for hours with the tenor of the conversations changing from minute to minute. When the man was making comments that the police commander on scene believed indicated he was about to begin killing the hostages, the police took action to end the siege.

Making that decision is one that the commander took very seriously, he puts the lives of the hostages as well as his officers at risk by taking action, especially breaching the building. The reports from the scene indicate the police action saved the lives of many of the hostages; based on that the decision appears to be correct.

I don’t know what training this commander had, but since it’s in Orlando Florida, one of the most visited places on the planet, I have to assume they had contemplated the potential of a terror incident and were prepared to respond.

The question in my mind is this: how prepared are other police agencies to respond to a terror attack? We know New York City and Los Angeles police departments train and prepare for events like this because they are obvious targets, but what about your local police?

I am suggesting that every police officer receive some type of training because no one has an idea when or where the next attack will come. Even if the attack is not in your community, your officers will most likely respond to help the police in the town affected. We have to be prepared.

It seems that the attacker in Orlando was a “Lone Wolf,” a person who is inspired by the larger terrorist organization to commit acts of terror on their own in the name of the larger organization; the investigation will eventually reveal if he acted alone or with help.

The bigger picture here is this; there are many of these lone wolves out in the country and they will strike again. Our cops must be ready to respond and we must be prepared to respond as well.

The last thing I want to address is the equipment that the Orlando Police Department had on hand when they responded to the shooter. They had an armored vehicle that breached the wall and played into the saving of lives. They had powerful rifles and scary military looking clothes as well as Kevlar helmets, one of which saved an officers life when a bullet hit it and he survived.

In the recent past many people have been upset by the fact that our police officers have these military surplus items and they have questioned the need for such equipment by local police officers. Some have even intimated that our cops behave in inappropriate ways because they have access to this equipment as if having an armored vehicle or scary looking uniforms causes them to be a danger to the citizens.

I hope this incident settles that discussion once and for all. Our cops need this equipment to protect us and in many cases save us. The criminals have sophisticated weapons, the terrorists have sophisticated weapons and a desire to use them. By denying this equipment to law enforcement because we don’t like how it looks, is asking for tragedy to strike.

God Bless the people of Orlando.

Let me know what you think. Email: JPangaro194@yahoo.com