Reggae on the Boardwalk 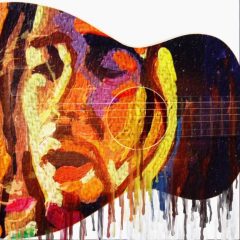 Predator Dub Assassins are bringing some righteous reggae music to Asbury Park’s boardwalk Fri., Dec. 2.
“This is a top-notch reggae band that brings the Caribbean to the Atlantic Ocean. It’s pure, authentic reggae,” said Langosta Lounge entertainment director Peter Mantas.
The band will perform this Friday, Dec. 2, at Langosta Lounge, on the boardwalk at 1000 Ocean Avenue, beginning at 9 p.m. Admission, as always, is free.
“We are good, old classic reggae with rock influences,” said band leader Tim Boyce.
Boyce, 45, of Spring Lake, is the basic front man for the Predator Dub Assassins. He said he became interested in reggae music early in his career by doing musical engineering for 16 Jamaican reggae bands.
“I became a big fan and our shows are now geared toward more traditional reggae music. I was already a reggae fan but not professionally like my own band-so I converted to reggae music,” he said.
Boyce admits that his reggae music, which includes many originals, has a bit of a Jersey Shore twinge.
“It’s my own version. You really have to listen to it and judge for yourself. It’s definitely its own thing,” he said.
Since 2005, P-Dub and his group Predator Dub Assassins have released six full-length albums: “Predator Dub Assassins” (2005), “The Hardest” (2007), “East Coast Dub Cartel Volume One” (2008), ”Fully Qualified” (2009), P-Dub’s solo debut “Frontline” (2010) and “Last Band Standing” (2012). The group made an appearance on the hit TV series “American Chopper” in 2009, and supplied music for other popular TV programs on the Food and Fuel TV networks.
P-Dub provided music for the CBS shows Hawaii 5-0 and The Wolf Of Wall Street Film Soundtrack (Martin Scorcese / Leonardo DiCaprio).
The group has also released a number of independently produced music videos and toured extensively.