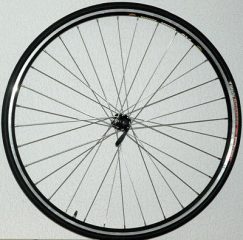 The Asbury Park City Council approved the first step in bringing bicycle sharing to the city, making Asbury Park only the fourth city in the state to offer the service, joining Hoboken, Jersey City and Weehawken.

Bike sharing is a service where a vendor sets up bike racks in specific locations with bikes locked in place.

Customers then insert a credit card to unlock a bike and use it within the city then return it to any of the bike stations.

With four locations selected by the city: downtown; waterfront area; the west side and the transportation center, customers can pick up and leave the bike at any of the locations.

City Manager Michael Capabianco said the program could be up and running by Memorial Day, pending the bid process.

“It’s definitely something the city needs,” he said.

Council also held a lengthy discussion about new Fair Share housing regulations for the city, before tabling a vote to hire an affordable housing planner. The affordable housing program is the successor to the Council on Affordable Housing, or COAH, program which has been defunct since 2014.

There is also $2 million in the city’s RCA fund from the units purchased by other towns.

Capabianco said the real benefit is the council gets to decide how the RCA funds are spent.

He said the HUD definition of affordable housing will be used.

Capabianco said a committee should be formed to look into how the funds should be spent with the three options available which include, the Choice Neighborhood grant, the Brownfield grant or within  the waterfront amendment.

“Any new affordable housing is counted and goes toward the 300,” he said.

Also at the meeting council issued a proclamation honoring Thomas Huth for his 29 years of working with city youth to reduce juvenile crime.

In accepting the proclamation Huth said, “I was invited in and loved by this community, I was invited to come into their churches, their schools and community centers and talk to their children.”

Moor said Huth spent “thousands of hours on his own time.

To Mrs. Huth he said, “I know you missed him, but we loved him.”

During public comments South Plainfield resident Jennifer Choi pleaded with council to expand the number of retail containers on the boardwalk saying she is interested in opening a food concession selling a unique type of Korean food.

Capabianco also announced that New Jersey American Water will be digging up and working on Fourth Avenue in Asbury Park from Memorial Drive to Ridge Avenue for a six week period.