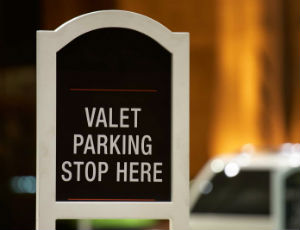 Valet parking may soon be coming to downtown Asbury Park.

City Planner Michele Alonso presented a proposal to council at its recent meeting asking the mayor and council to permit valet parking on one of three sites in the city.

“There are no vendors. There are no concrete plans. We are exploring options to alleviate the parking problem downtown,” Alonso said this week.

Transportation Manager Michael Manzella also attended the meeting and said one of three lots is being considered for parking.

The three sites are: the south end of transit center; the lot behind the transit center west of the railroad tracks or the parking lot of Hope Academy Charter School on Grand Avenue.

Valet Parking would only be allowed in the Central Business District on the weekends.

“If we can do it as a trial, yes,” said Deputy Mayor Amy Quinn. “Anything that would help with parking.”

Mayor John Moor said he did not like taking up spots that residents and employees might use at the transit center, but Manzella said the lots in question are not utilized much during the weekends.

Councilwoman Eileen Chapman said she liked the idea of the lot behind the transit center.

“I like the back lot, people who take the train say it’s kind of lonely (getting off the train) there,” she said.

The valet parking would be done as a concession, similar to others in the transit center.

If the charter school lot is used, a meeting with school administration would have to be scheduled and a legal review done.

“We need more parking so we might as well start looking into it,” Mayor Moor said.

Fatal Shooting in Neptune Under Investigation by County Prosecutor