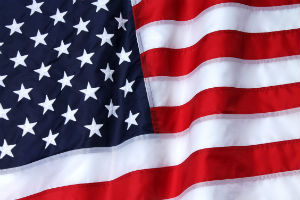 “This is the only football game on TV that day. We have been given the OK and will be handing out American flags to patrons,” Williams said.

The group plans to visit Asbury Park bars including the Ale House on Cookman Avenue and The Wonder Bar on Ocean Avenue, as well as Bar Anticipation in Lake Como and possibly more.

“In light of the NFL controversy of players disrespecting our flag, I assure you that there will be no one taking a knee at this historic military game,” he said.

Williams said he and two other veterans will be handing out flags that day.

The flags are extrasr from Memorial Day when the group put flags on veteran’s graves in the area.

He said he recently attended the NFL blackout event at Huddy’s Tavern in Farmingdale and handed out about 150 flags within 10 minutes.

“People were throwing money at me, but I donated back for their charity they were raising money for,” he said.

Williams said he sees it as a sign of patriotism, which he believes has been lost in recent years.

“We vets feel that it’s been lost with what’s going on lately, particularly the NFL,” he said. “It involves a deeper meaning as to disrespecting the flag.”

Williams says he has also handed out flags on the boardwalk an other places and believes there is a layer of hidden patriotism in people.

“Patriotism is just below the surface, I see it when I give out flags on the boardwalk,” he said.

Regarding the Army/Navy game he said, “It’s so patriotic and it’s such a beautiful thing.”