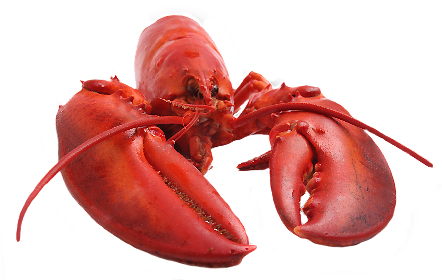 A Bradley Beach resident is suing the Borough Council, the mayor and the borough itself, asking that approval of dates for the popular Lobster Fest be overturned.

Thomas J. Coan wants a judge in state Superior Court in Freehold to reverse the vote to set June 23 through 25 as the dates for this year’s event. Lobster Fest attracts thousands to the borough beachfront each year. Some residents, including Coan, said they would rather see the event moved to the off season. Council members also have supported moving it to the off season.

“The resolution should be voided because one of the members of council who participated in the deliberations and voted in favor of the resolution has a conflict of interest,” the suit alleges.

The event is sponsored by the Bradley Beach Chamber of Commerce. Chamber President Beth Cotler is the wife of Council President Harold Cotler.

At the council’s Jan. 23 meeting, Coan objected to Cotler’s participation in the vote to set the dates for Lobster Fest because of his wife’s role as head of the chamber.

Borough Attorney Michael DuPont said that because Beth Cotler is not paid for her work as chamber president and no proceeds from the event would be directed to her or her family, there was no conflict of interest.

Cotler subsequently voted in favor of the resolution, which was approved by a unanimous vote.

In his suit, Coan, a former Manasquan councilman, challenges the interpretation of state law by DuPont, a former councilman in Red Bank.

“The test for participation is not pecuniary benefit,” Coan asserts in the suit.

He cites a New Jersey statute which says that no “local government officer or employee shall act in his official capacity in any matter where he, a member of his immediate family, or a business organization in which he has an interest, has a direct or indirect financial or personal involvement that might reasonably be expcted to impair his objectivity [or] judgment.”

Coan claims that because Beth Cotler is the chamber president, she has a “personal involvement” in the matter that “might reasonably be expected to impair” her husband’s judgment.

“The entire process, deliberation and vote was tainted and should be declared void,” Coan says in the suit, which was prepared by attorney Walter M. Luers of Clinton.

“Dr. Hal Cotler and his wife Beth maintain the highest ethical standards,” said Mayor Gary Engelstad. “Both Dr. Cotler and his wife and his entire family for that matter have an unmatched record of committment and volunteerism to Bradley Beach. For anyone to suggest otherwise demonstrates a stunning lack of basic human decency.”