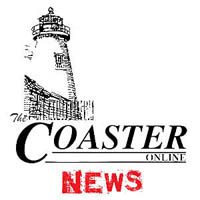 If Neptune plans to design and build a public skateboard park then they need to do it right to make it work.

That is the message that avid skateboarder Louis Cuccaro brought to the Township Committee at its last meeting. Cuccaro worked on creating the skateboard park inside the  Carousel building in the Asbury Park Casino.

He said the new skateboard park needs to have supervision in its planning.

“There are companies with a lot of experience and those with no experience,” he said.

Neptune Mayor Nicholas Williams said that the township is looking further into the design of the park “and will do the best with the money that we have.”

“We have a couple of plans and concepts that we will be examining,” he said.

Cuccaro said he would like to see “a great skateboard park” that will be the first public park of its kind in New Jersey.

The governing body recently adopted an ordinance approving a $360,000 expenditure to create a new skateboard park, with $165,000 of that amount coming from a Monmouth County Open Space grant. The remaining amount has been bonded.

The skateboard park, the first in the township, will be in the Sunshine Village Park Fields, off Asbury Park Boulevard. and Pine Drive, adjacent to existing basketball courts and soccer fields. The 60- by 100-foot project, for a total of 6,000-square-feet, will include concrete skating bowls, railings, steps, benches, landscaping and buffers. The park will be designed for novice to intermediate skateboarders.

Residents have complained that skateboarders were ruining parks, benches, monument and other public areas.

“Then they will not want to go out to the streets and parks and will stay occupied in one place.  If it is not a legitimate, well-designed park they will slowly go back to those spots. We need to do this correctly and now is the time- 100 percent,” he said.

Cuccaro said there has been a lot of support to build the park and that he believes Neptune is the municipality closest to doing it right.

“The township has an opportunity to change public skateboard parks in New Jersey. And other towns will probably follow suite. When towns do something right then other towns want to see- and we want to do that, or better. There is a lot of support so let’s do this right.

“You can’t rush a project like this- it needs to be thought out. Let’s sit down and put our heads together and see what the best scenario is to go with. You want to create a level of excitement and anticipation,” he said.