What’s up! this week… 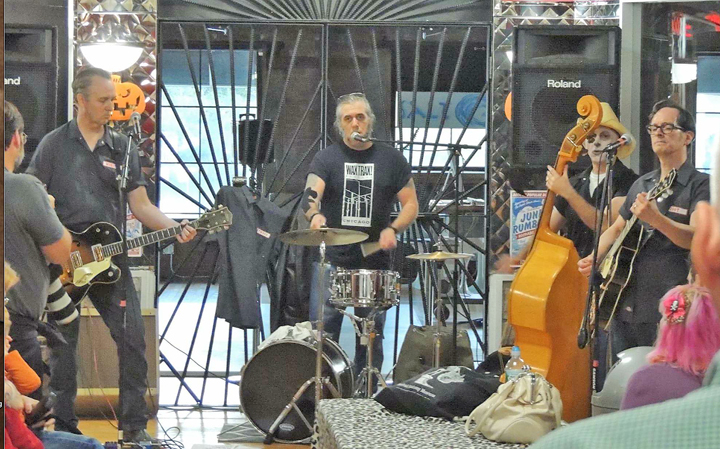 Here in the place Where Music Lives, old-timers are still talking about the time that Michigan-based proto-punk godfathers The Stooges and the MC5 waged informal band-battle at the old Sunshine In…while over at Convention Hall, fellow Wolverine staters Grand Funk Railroad added to a legendary 1960s/70s roster that famously included Jim Morrison and The Doors. On the unofficial high holy day of 4/20, those concert memories of yore flashback in style, as our still-standing Circuit landmark the Wonder Bar hosts a Tribute Fest that features Black Licorice as Grand Funk; Manzo Rising summoning the Lizard King and company; Future Now kicking out the jams as MC5, and the Street Walking Cheetahs channeling the raw power of Iggy Pop and the Stooges. It’s all-in at 7 pm for Friday’s fest, with tickets ($10 advance, $12 at the door) gettable at wonderbarasburypark.com.

Any vinylphile could tell you that April 21 is Record Store Day at indie institutions like Holdfast and Groovy Graveyard — and on Saturday afternoon, the latter outpost of pop culture (inside the Shoppes at the Arcade, 658 Cookman Ave) celebrates Platterday with another in a series of super-fun live music presentations on the upper level of the engagingly offbeat mini-mall. Returning to the Graveyard shift are the Brunswick-based cowpunk/psychobilly cats The Junk Rumblers (pictured above), joined for the 4 pm FREE-for-all by Asbury’s own unique band of pirate-themed punkaneers, The Jolly Daggers (featuring merrily moonlighting members of such upstanding organizations as Battery Electric and The Black Flamingos).

The weekend’s worth of alternative NOWstalgia comes to a climax on Sunday, April 22, when the forces of Groovy join more than 100 other local/regional purveyors of vinyl records, CDs, movies, magazines, books, toys, collectibles, wearables, and MORE for the springtime edition of the Asbury Park Punk Rock Flea Market. Hosted inside Convention Hall, the three-ring flea circus opens its big heart to all, and its doors at 10 am, with admission $5 between 11 am and 5 pm (and an earlybird rate of $10 for savvy scouters). There’s live and DJ music in the air as well, with a full rundown of vendors viewable at asburyparkpunkrockfleamarket.com. 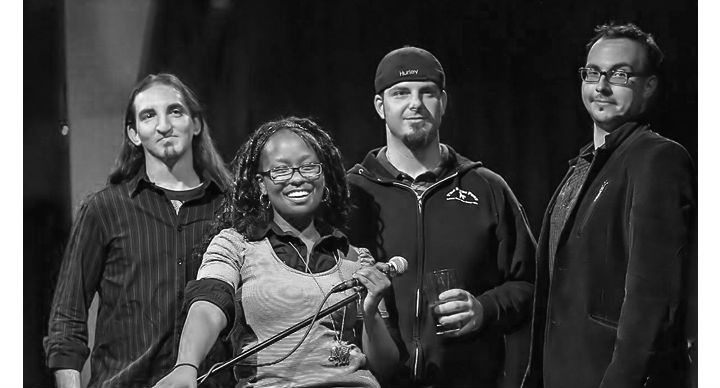 Back after a one year hiatus, the country/western-themed fun(d)raising event saddles up the Stone Pony for a Thursday evening hoedown designed to fund scholarships for Asbury Park kids who wish to attend the city’s six-week summer camp programs. The 2016 event exceeded all expectations, and on Thursday evening between 6 and 11:45 pm, Mayor Moor and company aim to break that bronc with an event that includes a BBQ buffet dinner and one-hour open bar, a Coyote Ugly dance, a rootin’ tootin’ fireworks display, and a live set by Asbury’s own R&B range riders and NeoSoul guitarslingers, Des and the Swagmatics (pictured). Cowpoke attire is optional but hardly discouraged — and there’s still time to make a donation or take part in the fun, by contacting Leesha Floyd (732-502-5759 or Leesha.floyd@cityofasburypark.com) or Cassandra Dickerson (732-502 5755 or Cassandra.dickerson@cityofasburypark.com). 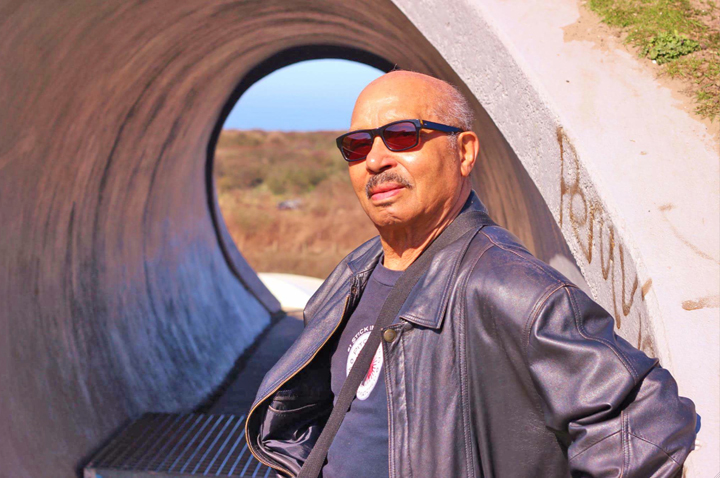 Back for a third annual edition on the Monmouth U campus, Doo Wop Explosion  transforms the Pollak Theatre stage into a streetcorner in the old neighborhood, as several generations of top vocal talent from Philadelphia, Jersey, and NYC’s boroughs work “live, without a net” in an acapella showcase curated by music historians Charlie and Pam Horner of Classic Urban Harmony. Forming the foundations of everything from the most heartbreaking ballads of love to the wildest early rock and roll, this is pure people-powered soul that’s too vital to keep in a museum, and on Saturday night, April 21, the eras are bridged in grand style when doo wop pioneer Gaynel Hodge (pictured) — a singer, pianist, arranger, charter member of The Platters and author of the platinum-selling Penguins hit “Earth Angel” — joins Philly’s Quiet Storm as special guest. Piscataway’s Re-member Then is further featured on the multi-band bill that floats its first note at 7 pm; tickets ($25 – $55) can be reserved at Monmouth.edu/arts.

STAGES: PJ MASKS at the Paramount 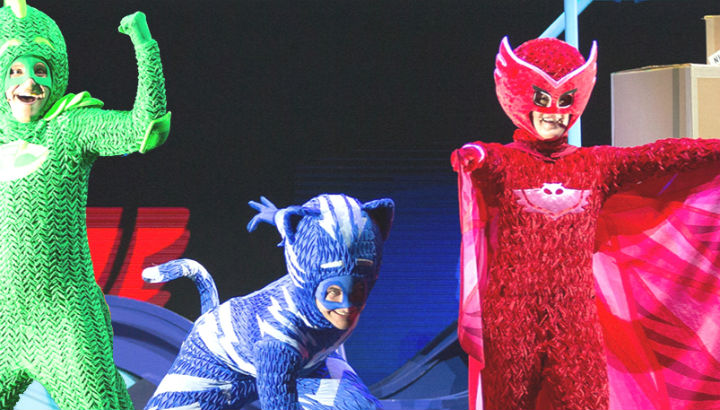 Move it on over, Justice League and Avengers — the bedtime hours belong to PJ Masks, the animated Disney Junior series in which a trio of intrepid kids transform by night into animal-powered superheroes, thanks to magical amulets and some very special pajamas. A favorite of young viewers, the show has spawned PJ Masks Live, a colorful, “fully immersive musical production” that comes to the Paramount Theater stage on Friday, April 20. Subtitled Time to Be a Hero, the show features an energetic cast of live actors as the nocturnal good guys Catboy, Owlette and Gekko — along with original songs, choreographed action, and the equally vivid villainy of Romeo, Night Ninja, and Luna Girl. Tickets for either of the two Paramount shows (3 pm and 6 pm) range from $27.50 to $57, and can be reserved via ticketmaster.com or the venue box office.

STAGES: A Lenny Centennial at the APAC 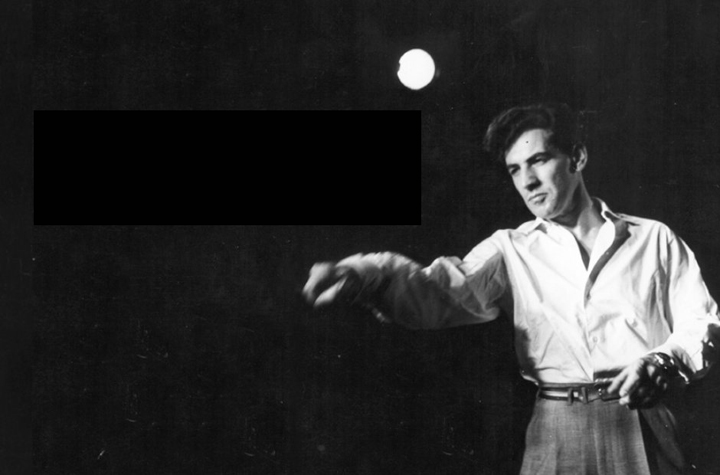 He bestrode the worlds of classical music and the Broadway stage in the second half of the Twentieth Century — a household-name celebrity who led the New York Philharmonic to its greatest heights; released dozens of seminal recordings; composed everything from devotional cantatas to the jazzy juvenile-delinquent anthems of “West Side Story,” and introduced a generation to the classics of its cultural heritage through his Young People’s Concerts and television programs. On the 100th year of his birth, the late Leonard Bernstein is remembered through his works in A Time for Us: The Leonard Bernstein Centennial, a pair of concert events at the Axelrod Performing Arts Center (100 Grant Ave. in Deal Park). Dr. Ryan Brandau and the assembled voices of the Monmouth Civic Chorus join soloists and orchestra for a program that mixes the best loved “West Side” selections (“Maria,” “Tonight,” “America” and more) with highlights from the scores of “On the Town” and “Candide,” as well as vocal and symphonic works from the Manhattan-based master’s long career. It’s a fundraiser for Broadway Cares/ Equity Fights AIDS, produced in partnership with Cabaret for Life, and it goes up at 8 pm on Saturday, April 21 (plus a 3 pm Sunday matinee on April 22), with tickets ($38-$42 adults) available at axelrodartscenter.com.

Artists, musicians and green builders convene at Art629 Gallery on Tuesday, April 24, for an Earth Day After Party that focuses on the facts and fictions surrounding TRUE (Total Resource Use and Efficiency), the new national community Zero Waste standard promoted by Green Building Certification Inc. (GBCI). Representatives from the organization’s NJ chapter will be present at Pat Schiavino’s downtown art space (629 Cookman Avenue in AP), for a 2:30 pm “This is TRUE” presentation that explains how TRUE can be a realistic strategy toward achieving the “Sustainable Trifecta” of Zero Energy, Water and Waste.

The afternoon/ evening event also serves as a preview for “Recycled,” a new Schiavino-curated group exhibit showcasing works (by Joe Harvard of Cookman Ave’s gARTen project, among others) that employ reclaimed materials. The artwork remains on display at the gallery following the April 24 event (call 732-859-1458 for gallery hours).

A presentation of the Asbury Underground festival, the Earth Day After Party also boasts a unique networkingevent, Celbrating Sustainability, featuring locally grown cuisine and music by DIY rock band Homeless Apia’s — who perform “using instruments made from discarded waste, making a quite literal statement for sustainability in the music world.” Kevin Grossman’s Sun Lab Studio, which helps artists perform and record music at remote locations using only the power of the sun, will power much of the event through their mobile solar music studio. Tickets for the afternoon lecture, credentialed webinar broadcast, and evening Celebrating Sustainability events are available online, at usgbnc, wildapricot.org.