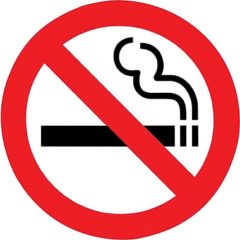 The Asbury Park City Council is expected to introduce a resolution banning smoking on all city beaches for the upcoming summer season at its April 28 meeting. The smoke free beach policy, if approved on introduction, will have a public hearing next month before the final vote.

Council has been discussing the issue since the beginning of the new year and City Manager Michael Capabianco asked council members to give him their ideas about smoking on the beachfront by this week’s meeting so enforcement could take place before the start of the summer season.

The proposed resolution states that there will be no smoking allowed on all beaches. It also prohibits littering of tobacco products on public beaches as well.

Capabianco will also be tasked with installing the appropriate signage announcing the ban.

At prior meetings council members had discussed allowing smoking on  certain beaches.

Deputy Mayor Amy Quinn has been vocal in recent months about wanting to have specified areas for smokers on the beach.

“I think its excessive to go from smoking on all beaches to no smoking on beaches,” she said. “We could have carved out an area…maybe at Anchor’s Bend and at the Beach Bar.”

Smoking will be allowed on the boardwalk and receptacles for cigarette butts have been ordered, Quinn said.