The big entertainment story in little old Asbury Park this week is the cultural candy store of M&M (Music and Movies) that is the Asbury Park Music and Film Festival…see our feature on the sprawling smorgasbord of entertainment, elsewhere on this space…but one could argue that pretty much ANY day’s a festival of sights and sounds here in Asbury town, and with that in mind we’ve got a quick schedule of APMFF highlights, as well as even MORE recommendations for the inquisitive ear. Check the printed pages of this week’s Coaster weekly for the area’s most comprehensive listings of tunes, flicks, comedy, art and more…and follow us through the virtual VIP entrance…

SOUNDS: (Dweezil) Zappa at the Pony

It’s not an official Music and Film Fest event— but when Dweezil Zappa returns Shoreside TONIGHT on his “Choice Cuts” Tour, he’ll be continuing the reverently crafted curatorship of his late dad Frank’s catalog that he’s honed through recent outings with the “Zappa Plays Zappa” band. Expect a set that draws from all phases of FZ’s patented lumpy gravy, from early Mothers (“Absolutely Free”) to concert staples (“I’m the Slime,” “Peaches en Regalia”) and late career sundries (“Drowning Witch”), all delivered with the technique that the (now middle-aged) prodigy has nurtured since his first guitar sported training wheels — and maybe some of the what-the-hell abandon that Frank Sinatra Jr. displayed when he surrendered to his calling as keeper of the key to his father’s artistic legacy. The Stone Pony’s the scene, with tix ($40) still available at the door, which creaks open at 7 pm. Then mark your Synclavier for Friday, May 11, when The Saint hosts Zappa band veterans Napoleon Murphy Brock and Denny Walley with Project/Object. 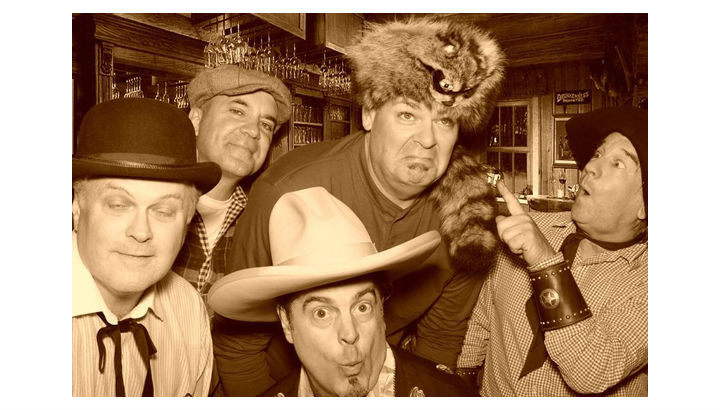 No, it’s ALSO not a whistle-stop on the official Music and Film Festival barnstorm, but when Jet Weston and his Atomic Ranch Hands (above) ride back into town this Friday, April 27, they’ll be performing a salute to the songs of the great western films that serves to reinforce the fact that singing and playing have turduckened themselves into cinema since the days of Al Jolson — and that the appeal of the classic singing cowboys and their greatest hits (“High Noon,” “Ghost Riders in the Sky,” “Back in the Saddle”) is hard to deny. Mixing a light touch of costumed camp with some serious playing skills on the fiddle, slap bass, and electrical gee-tar (plus some period-perfect graphics on their merch and promo), the Jersey-fresh combo makes itself at home anywhere from Waretown’s Albert Music Hall and Sergeantsville’s Heartlands Hayride — to that hipster hootenanny known as Asbury Park, where past visits have included sets at Brickwall, the Biergarten, and Langosta Lounge. It’s to Miz Marilyn Schlossbach’s seaside saloon that Jet and his sidekicks return for an encore, with the band hitching their horses to the stage at 9:30 pm — and all concerned in for a time that’s a guaranteed hoot (if not an outright Hoot Gibson).

SOUNDS: Bebe Buell Bares All, at The Asbury

She’s been part of your pop-cultural life, even if you don’t know her as a household name — onetime Playboy centerfold; sometime recording artist; best-selling memoirist; companion to rockers ranging from Jagger, Bowie and Iggy to Todd Rundgren, Elvis (Costello) and Steven Tyler, with whom she collaborated on actress-daughter Liv. But it’s as a rock star in her own right that Bebe Buell checks in to the Asbury Hotel on Friday, April 27, for a performance celebrating the arrival of (now Nashville-based) Buell’s new disc, Baring It All. Subtitled Greetings from Nashbury Park in a nod to the “two favorite music cities” in which it was recorded, the just-released LP — a mix of all-new originals with crafty covers (Roy Clark’s “Yesterday When I Was Young”) — is out on musician/DJ Keith Roth’s MainMan Records. The “Covers Girl” treats the Asbury audience to a 9 pm preview of a songs-and-stories show that she’ll be taking to Joe’s Pub at NYC’s Public Theater, with tickets ($10-$15) still available at eventbrite.com.

SCENES: Entertainers on the 1/2 Shell, at Palette 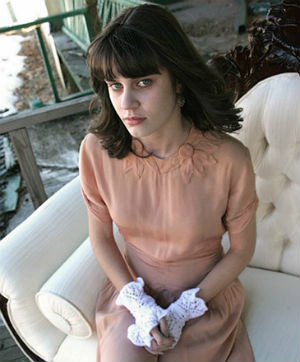 The room recently hosted Rock Wilk’s dynamic solo stage presentation Brooklyn Quartet— and this weekend, Joe Borzotta’s Palette Artspace Gallery continues to tweak the outer limits of what a downtown art gallery could-would-should be, with a pair of “Half Shell” performance nights that’d make Botticelli’s Venus stand up and give us a smile. On Saturday night, April 28, the latest in a series of Comedy on the Half Shell showcases brings a quintet of young comedians (Mike Abruczi, Joey B. Carl, JC Hendricks, Kate Nichols, Mark Stevens) to the mic, just a few steps from the sidewalks of Cookman Avenue’s Arts Block. Admission to the 8 pm program is a seriously affordable $7, payable at the Palette door.

There’s little time for a hilarity hangover, however, as the following Sunday afternoon, April 29 finds the gallery getting its tune on via a Singers on the Half Shell event that finds the pictured-here Emily Grove (the 20-something Shore chanteuse who championed the entire 1970s during a recent “Battle of the Decades” at the Stone Pony; left) joined by fellow alterna-folk recording artists Tara Dente and Joseph Alton Miller for an acoustic session of originals and crafty covers. A mere $5 gets you in the door, for the event set to float its first note at 1 pm. 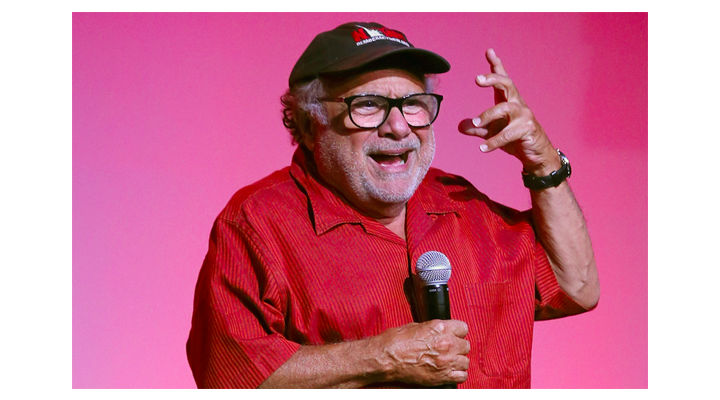 SCENES: De Vito, Doors, Dead and Other Diversions, at APMFF

Sure, he’s a legendary local character who’s recalled by city old-timers across the board (many of whom had their hair styled by “Mr. Danny” back at his sister’s salon); a diminutive dynamo who put a big stamp on the wild world west of the Asbury circle; an always-engaging storyteller who’d be just as entertaining if he hailed from the far side of the Falklands. But as special guest attraction of the Asbury Park Music and Film Festival, Danny De Vito also represents a pivotal figure in the recent history of American filmmaking. The comedy colossus whose work in Taxi and Sunny(and Tin Menand Twins and Romancing the Stone) still brings the laffs is a seriously skilled producer whose Jersey Films delivered Erin Brockovich, Garden State, Man on the Moon, and the game-changing Pulp Fiction; maker of features that range from Matilda to Hoffa; a proud son of Asbury who chose his then much-maligned hometown as the setting for his first directorial world premiere — and whose 7 pm Saturday appearance at the Paramount promises “video vignettes and stories from De Vito’s relationship with Asbury Park.” Tickets ($35 – $148) are extremely limited (and solo seating) as we go to press; purchase from ticketmaster.com.

Michael Franti presents STAY HUMAN. The recording artist and producer hosts the world premiere of his documentary featuring “stories of heroic everyday people who helped me discover more deeply what it means to be and stay human.” Followed by an acoustic performance and panel discussion. Paramount Theater, Fri. 6 pm ($25 – $59; visit ticketmaster.com).

All details and tickets from apmff.org unless otherwise noted.

THE PEN IS MIGHTIER THAN THE SWORD. Festival Village at Bradley Park, Sat. 11 am

BREAK ON THRU: Ray Manzarek and The Doors. House of Independents, Sat. 12:30 pm (SOLD OUT)

WRITE WHEN YOU GET WORK. Berkeley Oceanfront Hotel, Sat. 5:15 pm

Tell Us Your Stories