The Sainted Zappa’s legacy REVISITated…fast-food culture RECYCLE-arted…punk-rock pappies RESURGENTized…the Stoney’s SummerStage REOPEN-ized…the Golden Gays girls re-BRUNCHIFIED…The Music Man re-YOUTHIFIED…and Asbury VIPs re-ENERGIZED for another spin on the Carousel…it’s WHAT’S UP in and around Asbury town for the week beginning Thursday, May 10, and we’ve got the highlights right HERE, with the FULL layout of music, movies, art, special events and MORE exclusively in the printed pages of THE COASTER weekly! 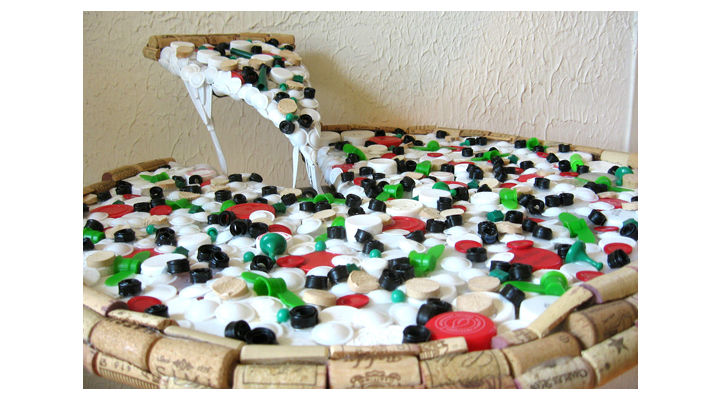 SOUNDS: Project/Object at The Saint

The late Frank Zappa described the grand concept behind his vast body of work, as one in which “each project (in whatever realm), or interview connected to it, is part of a larger object, for which there is no ‘technical name’.” In the decades since FZ’s 1993 passing, Project/Object staked a claim to being the premier gatekeepers of the Zappa/Mothers legacy, by virtue of the fact that each lineup has spotlighted the skills of Zappa band alumni. These days, singer-saxman-flautist Napoleon Murphy Brock (pictured) and guitarist Denny Walley are the 1970s/80s-era originals carrying the torch — and when the 2018 edition of P/O arrives at The Saintthis Friday, May 11, they’ll be channeling the Chunga via a set of concert favorites, many of which (“Village of the Sun,” “Cheepnis”) were vocalized by Brock in their first incarnations. Zappa fan and renaissance guy Andre Cholmondeley pens the evening with his Hidden Agenda, in a 7 pm door opening for which tickets ($22 advance; $25 at the door) can be reserved at thesaintnj.com.

SOUNDS: The Dwarves at the Wonder Bar 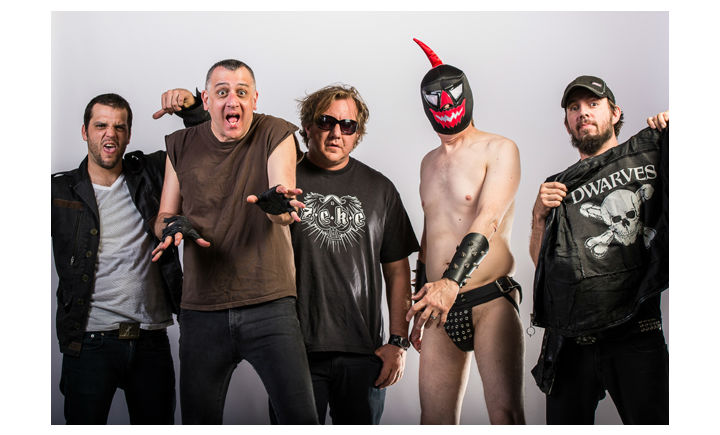 Over 30 years after the release of their first-offense free-for-all, anyone who thinks The Dwarves (above) have mellowed into Punk Rock Elder Statesmen should know that Blag Dahlia and his merry crew are largely the same lot who once paved the way for Parental Advisory labels  — even if the bloody mayhem and misdemeanors that once marked their legendary live shows has been dialed back a notch or three. With a new album to their name, the 2018 lineup (including the near-naked guitarist HeWhoCannotBeNamed) hits the Circuit landmark The Wonder Bar or a Friday night fracas that promises the band’s signature sonic assault, good-bad humor, and showmens’ instinct. Hot Blood opens the evening, with tickets ($17 advance, $20 door) available at wonderbarasburypark.com.

The famous stage of Convention Hall is the first-time setting for the annual Carousel Awards gala, hosted by the Asbury Park Chamber of Commerce on Friday night, and presented this year under the theme “Asbury Forever.” It’s a “black tie optional” affair that offers up a “Boardwalk Experience” featuring old-school games of chance (and prizes that include actual rings from the original carousel), with proceeds benefiting the Asbury Park Historical Society and Asbury Park Musical Heritage Foundation. Also included are dinner, video presentations, and live music by So Watt. Honorees for 2018 include city councilwoman Eileen Chapman(pictured; President’s Award), Mayor John Moor(Lifetime Achievement Award), Garrett Giberson (Spirit of Asbury Park Award), Genise Hughes (Humanitarian Award), Freeholder Thomas Arnone (Public Official Award), The Asbury Hotel (Landmark Business Award), and Jen Lampert of the Asbury Festhalle Biergarten (Visionary Carousel Award). An after-party at nearby Kim Marie’s features music by Chris Brown and starts at 10 pm; ticket reservations for the gala are still available at 732-775-7676, or at info@AsburyParkchamber.com.

Don’t look now, but the season of outdoor concerts is officially upon us — and if you haven’t gotten the message, Halestorm arrives on Saturday, May 12 to piledrive the point home, at the top of a multi-band maelstrom that keynotes a new slate of concerts on the Stone Pony SummerStage. Led by sibling act Lzzy and Arejay Hale, the Grammy winning Pennsylvania metal band is touring behind the new song “Black Vultures” (a vulture-in-the-coal-mine for a hotly anticipated new album), with a set of catalog highlights, covers, and coming attractions. In This Moment, New Years Day, and Stitched Up Heart complete the fight card on the event for which gates open at 4 pm, with tickets ($39.50 advance; $46.50 D.O.S.) available at stoneponyonline.com.

Formed as “a loving tribute to the world’s most beloved bosom buddies (TV’s Golden Girls),” the comically cross-dressing trio The Golden Gays NYC returns to the Asbury Hotel (where most recently they presided over a special Valentine’s brunch) as special guest attraction for a Mother’s Day Drag Brunch that begins at 12 pm on Sunday, May 13. Jason B. Schmidt channels the late and legendary Bea Arthur as Dorothy during the live entertainment interlude that starts at 1 pm, with Andy Crosten as Blanche, and Gerry Mastrolia as Rose. So who’s the “Token Sophia?” That’s where the interactive aspect of the floor show comes in — so “drag” Mom out to The Asbury for a memorably mimosa-fueled matinee that just might find her stealing the show out from under this threesome of hilarious performers! Tickets ($35 in advance; $45 day of event) available from eventbrite.com).

STAGES: The Music Man at APAC

There’s “Trouble” again in River City, as the much-loved Meredith Willson musical The Music Man brings that traveling huckster Professor Harold Hill back to the local stage, for two more Mother’s Day performances at Ocean Township’s Axelrod Performing Arts Center. It’s a production of the APAC’s Rising Stars Youth Performing Arts Program, with Lisa Goldfarb directing a cast that’s highlighted by Joseph Grisanzio as the title character whose grand schemes of “Seventy-Six Trombones” turn a small Midwestern community on its ear. Carlie Goldfarb is Marian Paroo, the librarian who turns the con artist around in turn — with Simon Clissold, Gillian Finnegan and Max Borish heading up the supporting players in the hit show that also boasts the romantic “Til There Was You” and the showstopping “Shipoopi.”  Choreography’s by Wendy Roman, with musical director Randal Hurst leading the band. Performances are at 1 and 5 pm on Sunday, May 13, and tickets ($22) can be reserved by calling 732-531-9106 ext. 14, or visiting axelrodartscenter.com.