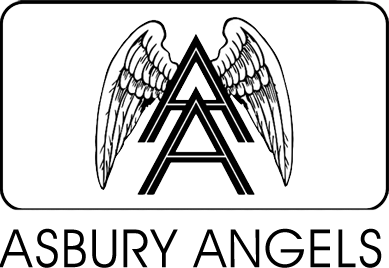 Six prominent and influential members of Asbury Park’s music scene have been selected by the Asbury Angels Project to be honored with plaques on the city’s “Boardwalk of Fame,” intended to memorialize those who have made important contributions to the city’s musical legacy.

The plaque installation ceremony, honoring the 2018 “Asbury Angels” inductees, will be held at noon on Sun., Oct. 7 at the Second Avenue entrance to the boardwalk.
This year’s inductees are:

Reese Lamar Dupree  (1883-1963). Born on a cotton plantation in Bibb County, Georgia, Dupree moved to New York at 13 and began singing in hotels and writing songs, including “Shortnin’ Bread.” Known as the first dance promotor in the country, he began promoting public dances in Asbury Park in the early 1900s. He operated the Roseland Cabaret, the largest and grandest venue on Asbury Park’s West Side in the 1920s and by the 1940s he was the largest promotor in the south of “negro bands on the one-night circuit”.

Joan Pikula (1936-2015). One of the first female rock and arts critics, Pikula covered rock and roll and wrote features for the Asbury Park Press. Reviewing everything from local plays to Convention Hall concerts, she was also a passionate supporter and strong advocate for some of Bruce Springsteen’s first bands, including Steel Mill and the Bruce Springsteen Band.

Richard Simonsen (1948-2013). A Bradley Beach councilman who owned the McNeely Real Estate Agency, Simonsen was co-owner of the legendary Student Prince nightclub on Kingsley Street in Asbury Park with his father. The club nurtured young musicians and encouraged original music. In 1971, a young Bruce Springsteen played at the club more than 50 times. It was here that Springsteen first met– and jammed with– Clarence Clemons.

John Shaw (1943-2006). Shaw was drummer and co-founder of the Jaywalkers, the most popular band on the Jersey Shore from the early to mid-1960s. The band, which played covers and some original music, provided a steady income for a large group of musicians who played stints with the Jaywalkers, including Buzzy Lubinsky, Little Steven Van Zandt, Garry Tallent, David Sancious, Leon Trent, Nicky Addeo, Billy Ryan and Ray Dahrouge.

Scott Muni  (1953-2004). “Scottso” was a pioneer of FM progressive, underground and free-form rock radio, most famously at the legendary WNEW-FM and host of two syndicated rock-radio programs. In the 1980s, the station produced and broadcasted massive live concerts on the Asbury Park beach on Memorial Day and Labor Day weekends featuring local acts, like Southside Johnny and the Asbury Jukes, John Eddie, the Smithereens and Glen Burtnik, who played alongside national acts like Robert Cray, Joan Jett, The Hooters  and The Georgia Satellites.

Ed Sciaky (1948-2004). A pioneering disc jockey from Philadelphia, Sciaky is best known for his stints on progressive FM stations WMMR and WIOQ, where his passion for music helped shape the listening habits of a generation of music fans. His promotion of Bruce Springsteen, Southside Johnny and the Asbury Park music scene helped to create a hotbed of fan support in Philadelphia, long before it was embraced in other areas of the country.

The mission of the Asbury Angels is to honor and memorialize the lives and history of members of the Asbury Park musical community, including but not limited to, musicians, tech support persons, DJs, journalists, club owners, record company personnel, managers and promoters.

Criteria used to become an Asbury Angel include significant contributions to the creative music community, the impact on that community, and the length of time spent on the Asbury Park music scene. Those eligible for induction include musicians, songwriters, disc jockeys, writers, technical support staff and club and venue owners. They must have been deceased at least one year to be inducted.