by The Coaster Editorial Staff
in Asbury Park, Ocean Township, Uncategorized
1
VIEWS
Share on FacebookShare via EmailShare on Twitter 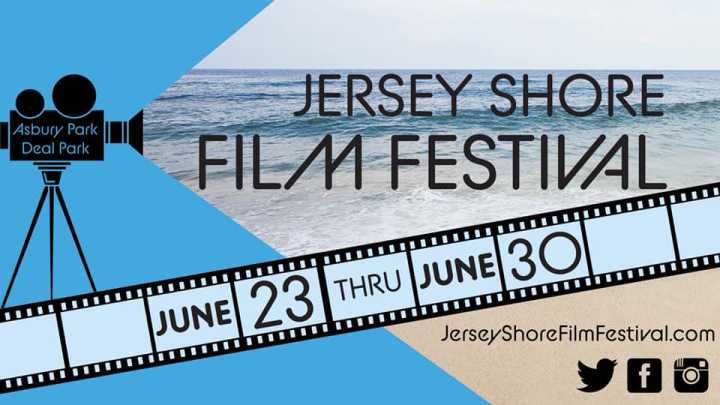 Films will be shown from June 23 to 30 in a variety of venues including the Axelrod Performing Arts Center, Asbury Hotel and the ShowRoom

The Jersey Shore Film Festival returns June 23 for its 12th year. From the gala opening party at the Axelrod Performing Arts Center in Ocean Township Sun., June 23 to the closing awards ceremony on June 30 at the Asbury Hotel in Asbury Park, 100 films will be shown along with many other events at nine locations in Ocean Townshipl and Asbury Park.

Festival Founder Stevie Doueck said the Jersey Shore Film Festival was created by film makers and for that reason they take special care to keep film making at the highest level.

Doueck said this year’s festival will have a new category, “Qwik Qlips” which are films running one-minute, basically 59 seconds.

There will also be a film commemorating the 50th anniversary of Woodstock. Ang Lee’s “Taking Woodstock, ” a comedy-drama abut the creation of the iconic 1969 music festival in New York state. It will be shown on the Baronet outdoor screen at the Asbury Hotel on Wed., June 26. Doueck said tickets will be $1, the price of an admission to the movies in 1969. The film stars Demetri Martin, Eugene Levy and Liev Schreiber.

Festival Program Director and Moderator, Debbie Higgins, said the call for submissions for the festival brought 350 entries which were viewed by the festival’s 25 screeners who chose the 100 films that will be shown. Higgins said Mon., June 24 is “Horror Night” at Paranormal Books and Curiosities in Asbury Park featuring new horror movies.

The America’s Cup Coffee and Tea Co. in Asbury Park will host “Meet and Greet” sessions for filmmakers during the festival and several panel discussions will take place at The Berkeley Oceanfront Hotel.

Films will also be shown at the Axelrod Performing Arts Center, The ShowRoom Cinema in Asbury Park, The Screening Room at Torat El in Ocean Township and the Film Salon at the Jewish Community Center of the Jersey Shore.

“Only at the Jersey Shore Film Festival cam filmmakers, film devotees and the general public gather to screen leading films from around the world. This is a unique and exciting opportunity to view cutting edge films and learn more about the film industry from the filmmakers themselves, right here within our own community.”

Stevie Doueck said the JSFF also offers an opportunity for film students to work alongside the pros to get a close-up look at the making of the festival. Jack Mannion of Belmar, a student at the Rutgers University Film School and a graduate of the Monmouth County Communications High School, is working this year as the head Intern handling the festival’s website and social media.

Full details of the Jersey Shore Film Festival, including the schedule, are available at www.JerseyShoreFilmFestival.com.