The annual Ocean Grove House Tour is scheduled for Aug. 9. 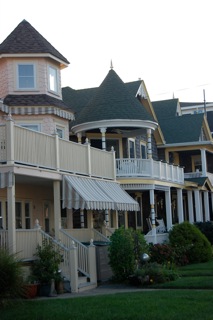 The Historical Society of Ocean Grove hosts its 51st Annual House Tour on Aug. 9 is a leading example of a 19th century planned community and contains over 1,000 Victorian homes, as well as many other important architectural styles.

The self-guided tour will include six to eight historic homes, as well as two of the famous tent homes, and other historic buildings. Several of the sites have received the Beersheba Award for Historic Preservation.

This year, a home that was on the demolition list is featured in its fully restored glory, as well as a home on Ocean Pathway. One cottage home delights with its whimsical décor while another, an original Sears Home, has undergone a two-year renovation to create a beach home anyone would admire.  Breathtaking views of the ocean waves from one homeowner’s bedroom will be the envy of many.

The self-guided tour begins at 10:30 a.m. at the Museum across from Auditorium Square Park at 50 Pitman Ave. and ends at 4:30 p.m.  Transportation to various tour stops will be available. The tour will be held rain or shine.

Since its founding in 1969, the Historical Society of Ocean Grove has pledged itself to preserve, document, and encourage community interest in the history of Ocean Grove. The purpose of this nonprofit Society is to sustain the heritage and honor of being designated a National Historic District.  Ocean Grove was entered as a historic district in the National Register of Historic Places District (1976) and the New Jersey State Register of Historic Places District (1975)