by The Coaster Editorial Staff
in School News, Sports
1
VIEWS
Share on FacebookShare via EmailShare on Twitter 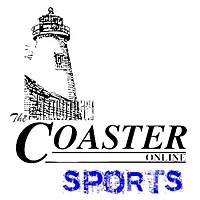 The world of sports is caught up in numbers.

Statistic after statistic is used to determine the value of an athlete.

“She does a lot of work that does not necessarily show up in the box score,” said Chambers, who has coached Antognoli for two seasons. “She is someone who goes 100 percent all of the time, which makes her fun to coach. She is also the kind of player who dives on the floor for loose balls and gets scrappy rebounds. She is a workhorse.”

Antognoli, who will enter her senior year in September, will take her energetic play to Lafayette College where she has verbally committed to play guard for the Leopards’ women’s team. Hoping to major in either finance, economics or premed, she chose the Leopards over Dartmouth, Columbia, Cornell, Quinnipiac and Monmouth.

“Lafayette is a great academic school,” she said. “It is about 90 minutes from my house. My family and friends will be able to see me play and that is real important to me. I am super blessed and thankful for all of the wonderful people I have met through my basketball journey thus far. I have made amazing friends and have had amazing coaches who have made an impact on my life. I have to first thank my family for doing all it does for me from being at each of my games to driving hours on the Parkway. I can’t ever thank the enough.

“A special thanks to coaches Rich Leary and Tom Flaherty for all of their tips and for making me the player I am today. Thank you to my St. Rose family and coach Chambers for a competitive and fun high school experience. With that being said, I am super excited to announce my commitment to play at Lafayette College.”

The 5-foot-7 Antognoli visited the Patriot League school on two occasions, once as a freshman and another time heading into her junior year.

“I made a great connection with the coaches,” she said. “They have believed in me since my eighth grade and freshman seasons. They love me and I love the girls who are on the team. They were really nice when I met them on Zoom.”

The coronavirus pandemic played a role in the selection process.

“The pandemic made me give Lafayette my verbal as I don’t know if I will play AAU (Amateur Athletic) Union ball or not,” she said. “I don’t know if there will be an evaluation period with the college coaches and I wanted to make my decision. “

“The recruiting process is not the easiest process because it can be overwhelming and stressful for anyone,” Chambers said. “I think she felt her share of that, but she was also excited about knowing she’d get the opportunity to play at the NCAA Division I level. It can be difficult sometimes to choose the right school, but I think she was patient in figuring out what she wanted. Lafayette got a good one!”

Antognoli hopes to see plenty of action this summer with the New Jersey Demons, based out of U.S, Hoops where she trains as well. The Demons plan to play in tournaments in Kentucky and Chicago. Antognoli hopes more time on the court will enable her to sharpen her skills for the Purple Roses and the Leopards.

“I think Abby will need to continue getting stronger to be a productive college player,” Chambers said. “She’s made big strides in that area already, but the women in college are very athletic. I also think she’ll need to continue to improve her assist/turnover ratio. As a college point guard, she’ll be relied upon to make things happen for her team. I hafe no doubt she’ll do whatever it takes because she has an incredible work ethic.”

St. Rose’s Brynn Farrell and Makayla Andrews helped establish the Purple Roses as one of the state’s top teams during the 2019-2020 season. Farrell and Andrews have signed national letters of intent to play for the University of Florida and Lafayette, respectively. They will be freshmen in September.

“It’s an honor to have coached three NCAA Division I players on the same team,” Chambers said. “I’m really proud of them and excited that I have been a part of their basketball journeys. They have all worked extremely hard to earn their scholarships and I have had the pleasure of witnessing that. I can’t wait to follow their future careers.”

“It’s nice that Makayla committed to Lafayette,” Antognoli said. “It will be nice to know someone who will have been at the school beforehand. I was talking to Lafayette when she decided to go there.”

With Antognoli averaging 11 points, four rebounds, three assists and two steals per game as a sophomore, the Purple Roses qualified for the prestigious NJSIAA Tournament of Champions.

“Abby is really creative, which will help her at the next level,” Chambers said. “She’s also really improved her ability to score in different ways. She can finish around the rim and consistently shoot from the outside. She’ll continue to be another big threat for us next season.”

Antognoli also is valuable as a defender from her point guard position.

“She is an incredible on the ball defender with endless energy,” Chambers said. “She really harasses the opposing team’s point guard, which disrupts the entire offense. She anticipates well and is really active so she gets a lot of rebounds, loose balls and steals. Steals lead to easy buckets. By being a great defender, she helps our offensive end.”

Chambers said Antognoli improved her play in several areas from her sophomore year to her junior campaign.
“I thought she had a lot of determination during her sophomore season to play defense and then I saw her play defense this season and couldn’t believe she had more,” Chambers said. “She really learned how to dig in for 32 minutes and guard some really top-level talent. We played against some really excellent players this season who she stepped up to guard.”

Antognoli, a 125-pounder, uses her energy to make the game even more fun for her teammates.

“She’s one of the first ones to participate in doing a TikTok dance with her teammates,” Chambers said. “Off the court, she is always smiling and laughing. On the court, Abby is extremely aggressive and competitive. She has all this energy, which I think is evident in her on the ball defense. She loves the game and that comes across from watching her play.”
Antognoli is not one to run from a difficult situation.

“I embrace pressure situations rather than run from them,” she said. “I thrive on pressure.”

She credited her father, Geno Antognoli, for her ability to come through when the heat is at its hottest.

“He is at his best at everything he has done,” she said. “When the pressure is on–like when we play games–he wins.”

Antognoli’s mom, Sandra, has also played a large role in her development.

“She is my workout partner, Antognoli said. “She constantly rebounds for me and drives me for hours to my games and practices. I am thankful for both of them. They help me a lot. They always put me first over themselves.”

Chambers saw Antognoli play basketball for the first time while coaching an AAU team in a tournament near Boston.

“Our schedule conflicted with Abby’s team,” Chambers said. “However, because Abby’s team was from New Jersey, I tried to watch it play. I noticed her energy and intensity. It was enjoyable to watch. She has grown into a mature young woman. She’s also grown into a big leadership role for us throughout her time here. Her commitment to the program and her work ethic has set tremendous examples for those around her. Leadership isn’t easy, but she does it well.”

With the Purple Roses having been hit hard by graduation, Antognoli will have to become even more of a leader as a senior.

“I will definitely have a different role as people have graduated,” she said. “I will have to become more of a scoring point guard than a facilitating point guard. I will have to lead y example. We won’t be touted to be very good next year, but we will prove ourselves on the court.”

“She runs a competitive program,” Antognoli said, “and playing for her has been a great experience so far.”

From the Desk of Acting School Superintendent