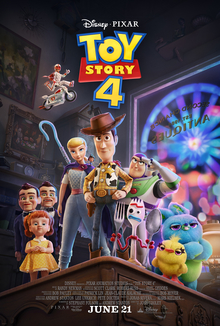 The drive-in show in Ocean Township went off without a hitch last week so plans to show more drive-in movies at the township’s Joe Palaia Park will continue.

Walt Disney’s “The Lion King” was shown May 28.

“It was great – unbelievable. It went off smoothly, without a hitch,” Mayor Christopher Siciliano said.

In response to the Covd-19 shutdown, township officials decided to use the bandshell in Joe Palaia Park as an area to show drive-in movies.

Siciliano said previously that he hopes the movies will offer a “little mental stress relief. People have lockdown anxiety and hopefully this will go a long way to alleviate that.”

The weather last Thursday, for the first movie was “a bit questionable,” Siciliano said, but eventually it turned out to be a nice evening. He said the event exceeded his expectations.

“People were very good and they followed instructions. It was so orderly and so well run (the organizers) were looking at each other- like what happened here?” he said.

Private ushers provided most of the parking attendants and security, with the township police department in backup.

“I’ve had nothing but positive feedback. People said it was well-run and a stress reliever. This will be a work in progress but this first one worked out very well,” Siciliano said.

The next drive-in movie, “Toy Story 4”, will be held on Wednesday, June 10.  The movie placed second in requested movies during a recent poll of township residents.

The drive-in movie, which is free, begins around 7:30 or 8 pm. Only about 88 cars will be allowed in for the movie and pre-registration of vehicles is required via a Community Pass..

“If you didn’t sign up for a Community Pass to see the movie, then please don’t show up. We will run other movies in the future and you need a confirmed slot to enter the park. Only registered moviegoers will be permitted entry into the park that night,” he said.

Residents can get a Community Pass by going to the township’s website (www.oceantwp.org),  clicking on Recreation Registration, and then follow the instructions to get a Community Pass. Township residents will be given priority for the first passes. There will be a waiting list created for future movies, which may continue into the fall, if the event is successful.

Siciliano said that people who have already signed up to attend a movie, but who have not been selected yet, need to just wait. More than 200 residents have signed up.

Several municipalities from both within and outside the state have contacted Ocean Township officials about the drive-in movie program.

“They wonder how it works. We will talk to them and walk them through what we are doing. Maybe it will catch a little traction in other municipalities. They can do this if they have the right facilities,” Siciliano said.

The mayor said that annual July 4 and Italian festivals in Palaia Park have been cancelled for this year and that the drive-in is a good alternative to use park facilities.

He said options are being explored to have sound to the film broadcast live throughout the drive-in area rather than using on-line methods.