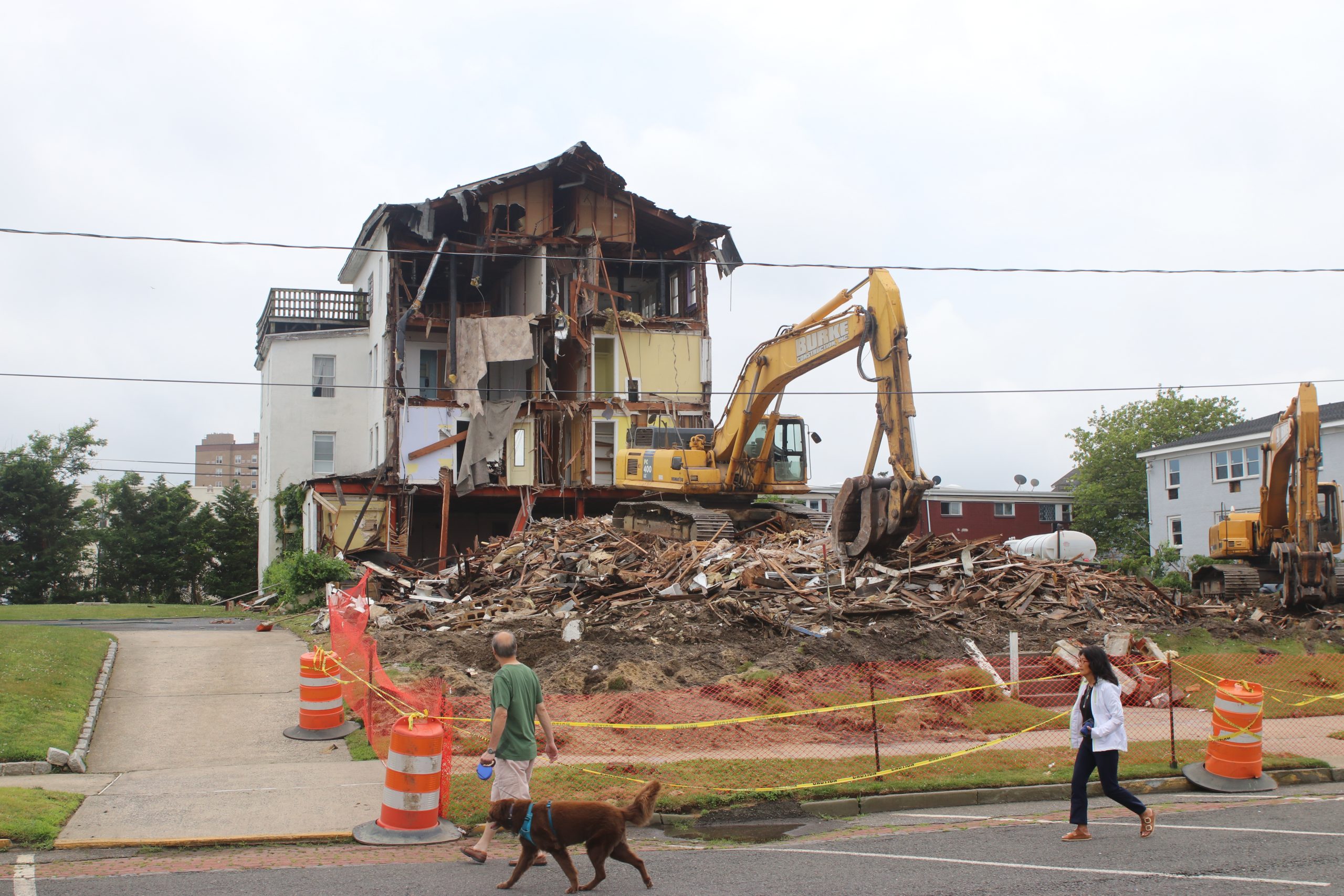 The former Powhatan Hotel on Third Avenue in Asbury Park was demolished this week. Most recently it operated as Abunda Life, where workshops on nutrition and wellness were held

The Powhatan Hotel, a once-fashionable hotel of the 1920s on Third Avenue near Kingsley Street in Asbury Park, was demolished this week.

Owner Patrick Fasano said the building and land didn’t sell for the last two years and the city would not give him the approvals to renovate it and operate a hotel. He said he spent approximately $100,000 on zoning appeals, to no avail.

He paid for the demolition and now the vacant land is up for sale.

“It’s too expensive to get it approved (for development),” he said. “No big company wanted to buy it…it’s a long and expensive process.”

Fasano said homeless people had been taking up residence at the property, which once featured 55 hotel rooms, and he could not get insurance on the building.

Currently he is busy developing properties in Atlantic City where he has five jobs in progress including condominiums and renovations of homes he plans to put on Airbnb.

“It’s on fire down there, they welcome development….prices are going up,” he said.

Two years ago the city’s zoning officer denied Fasano the permit to restore the hotel on the grounds that the hotel use was vacated by the previous owner Robert Sorge who operated Abunda Life, a religious retreat where nutrition workshops were also held.

Sorge registered the hotel with the New Jersey Department of Community Affairs as a religious retreat called Abunda Life in 2002. At the time the building needed ne elevators, fireproofing and sprinklers. It had been closed for several years when Fasano purchased it.