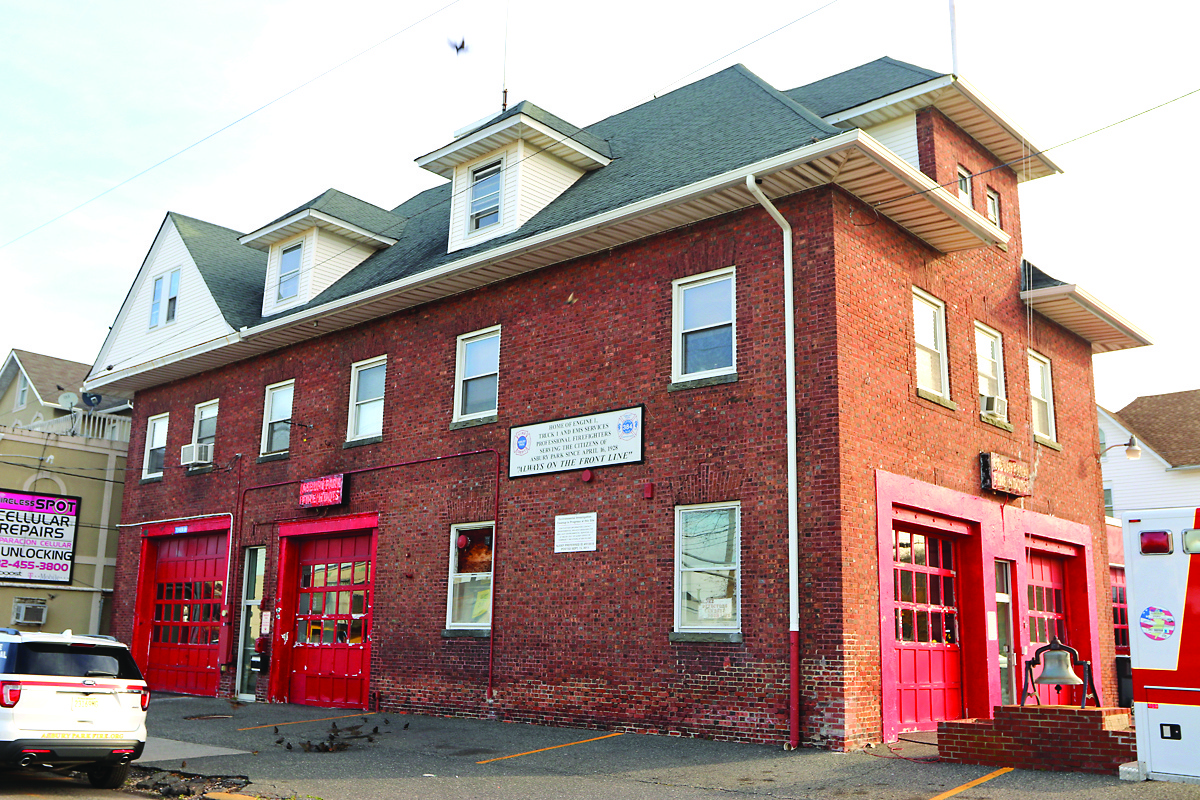 Representatives from Asbury Park Firefighters IAFF Local 384 have filed a complaint with the New Jersey Public Employee Occupational Safety and Health department, saying the firehouse is structurally unsound and not healthy to occupy.

The city is planning a new building for the professional firefighters, but it could be years away. The Asbury Park Fire Department is a paid department, the only one in the county.

Local 384 President Fred Bates said the problems literally run from top to bottom, from leaking roofs; to a mold infected, unusable third floor; to a structurally unsound second floor; to water leaking onto electric panels in the kitchen; and even to mold spores drifting up from the basement.

On Thurs., July 29, an inspector from PEOSH was at the firehouse to examine the structural integrity. The city has also been asked to respond to other health concerns and has hired a mold remediation company.

“The building has long been in disrepair,” Bates said. It’s more than 120 years old, and has been condemned at least twice.”

Bates believes that in the last 15 years, there have been four PEOSH complaints filed.

The second floor is coming apart; he said, you can see gaps where the floors are separating from the wall. To make matters worse, Bates said there have been heavy partitions added to that story, putting more weight on a structurally unsound area.

“You saw what happened in Miami,” he said, referring to the Surfside Condo collapse.

He also said the roof leaks, and one of the recurring spots is over an electric panel in the kitchen. The stairs are “rotted and rusty,” and the foundation is visibly sinking. The first floor has grating to the basement, where spores come up. Firefighters cover it with a blanket.

Some of the problems are longstanding. There’s a hose tower in the firehouse, a tall internal tower that was used to hang firehoses out to dry. It suffered a fire of its own in the 1960s, which caused structural damage that still hasn’t been repaired.  And the building is a superfund site because gas pumps leaked into the soil decades ago.

There have also been numerous vermin problems over the years, ranging from cockroaches to mice to rats and even possums.

When firefighters are on shift, they live and sleep in the building, so they can respond to calls immediately. But Bates said the building has been making firefighters sick. Bates always has a cough the day after his shift, and others have complained about recurring health problems, including bouts of diarrhea.

Bates said that the issues are affecting their families. He also said the firefighters in the department have fertility problems and are noting issues with their children’s health as well.

Some steps are being taken. This week the Asbury Park Council approved an emergency contract for mold remediation at the building. And for a longer-term solution, since 2019, the city has been working on building a new firehouse.

But, Bates said, a new firehouse has been promised for a long time. His father was a professional firefighter in Asbury Park in the 1970s and 1980s and had also been promised a new building.

Still, the city has hired an architect and seems much further along than it has been with previous plans.

Bates said his main priority is to get the firefighters a safe place to work and live in and to make sure that a solution comes through.

“It can’t fall through the cracks again,” he said.

“I worry about [firefighter’s] families,” he said adding the job has plenty of risks out of the firehouse. “We already know there are cancers that come with the job, and cardiac events and PTSD. Being in the firehouse shouldn’t be risking their lives too.”

Our Lady of Mt. Carmel School Hosts Meet and Greet