by The Coaster Editorial Staff
in Asbury Park, Sports 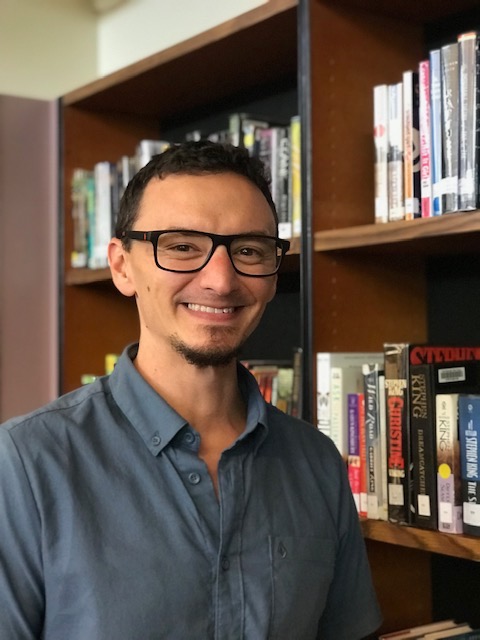 Asbury Park resident Bill Clark is in the running to be the voice of the New Jersey Devils.

Bill Clark of Asbury Park wants to be the voice that 16,000 fans of the New Jersey Devils hear announcing “Your… Jersey… Devils.”

Clark, 37, is one of the 10 semi-finalists in the NHL team’s search for a new public address announcer for the team at the Prudential Center in Newark. Devils fans have been voting online and the three finalists will be announced Sat., Sept. 18.

Clark is the son-in-law of Asbury Park Mayor John Moor. He’s married to Moor’s daughter, Christa. Announcing is not Clark’s main career. He’s a media specialist at Shrewsbury Boro School but admits to being a Die-Hard Devils Fan.

“I’m a very large fan,” Clark said, but he is not an amateur looking for the spotlight.

In college at the University of Vermont, he was the Master of Ceremonies at sports events and was also the voice of the Vermont Lake Monsters, a Short-Season Minor League baseball team affiliated with the Washington Nationals. He earned a masters degree at Seton Hall University and is a graduate of Brick Township High School.

Landing in the top 10  finalists for the Devils job, Clark and the other hopefuls, all Jersey Guys, had to submit a 90-second video reading a script supplied by the Devils and also summarize their background. If he gets the job, he’ll announce all of the Devils 41 home games this season at the Prudential Center. They are all evening and weekend games, so they won’t interfere with his school work.

When asked when you go into the booth with 18,000 fans in the stands, what are the most important things to know? Clark doesn’t hesitate: “Pronouncing the names,” he said, with the NHL featuring players from the U. S. as well as Canada, Russia, Finland, Sweden, and this year a player from Switzerland. Next are the statistics.

The Devils declined to say how many videos they received, but they came up with the 10 semi-finalists whose auditions are online for fans to view and choose the three finalists. See them at https://www.nhl.com/devils/team/pa-announcer.