Unique Program Will Give Students Degree, Diploma at Same Time

by The Coaster Editorial Staff
in Neptune, School News
0
VIEWS
Share on FacebookShare via EmailShare on Twitter 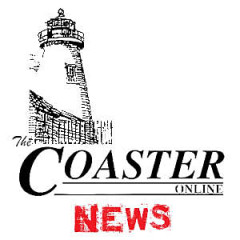 Neptune High School students will participate next year in a unique program, believed to be the first of its kind in New Jersey, which will pay for the students to also attend Brookdale Community College and earn their two-year associate Bachelors of Arts degree at the same time they receive their high school disploma.

“Students will attend their four years in high school and, at the same time, earn their two-year Associates Degree from Brookdale,” School Superintendent David A. Mooij said earlier this week.

Called the Poseidon Early College High School program, eighth-grade students are now being recruited to participate in the program beginning in September 2014.

Mooij said a total of 25 students will participate in the program and that number is expected to remain constant for each continuing class coming up through the school system.

Mooij said that criteria to determine which eighth-grade students will participate in the new program is still under development and review.
The Poseidon program is being funded by an as-yet unnamed couple from Monmouth County. Their identity is expected to be revealed at the Dec. 19 Board of Education meeting at 7 p.m.

“This program will allow first-generation college students, the first in their family, to attend college. The goal is to seek out students who may, otherwise, not go to college because of any number of factors,” Mooij said.

He said that the students can then take their liberal arts degrees and move directly on to four-year colleges.

“It gives them two years of college under their belts. And while I think there are other similar programs in the country, to my knowledge, this is the first program of its kind in New Jersey,” he said.

Mooij said that both Neptune students and parents are very excited about the Poseidon Program.

Brookdale representatives will hold a workshop meeting at the high school’s media center at 5 p.m. Thursday night (Dec. 19). There will then be an immediate joint meeting with school officials and the Board of Education meeting will begin at 7 p.m.

“Following the meeting (Brookdale and Neptune officials) with then approve a joint memorandum of understanding to kick off the program,” Mooij said.