by The Coaster Editorial Staff
in Avon, Neptune City, Ocean Grove
2
VIEWS
Share on FacebookShare via EmailShare on Twitter 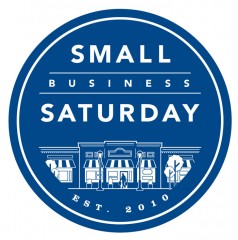 As some stores gear up to open their doors on Thanksgiving this year, many local, small business owners in the area say they are looking forward to the weekend to Saturday which has come to be known as Small Business Saturday.

Jim Carella, owner of Carella’s Art and Sole Footwear in Avon, praised the Small Business Saturday promotion, saying it is “out there for the small business industry.”

“It’s really raised awareness for Main Street businesses,” said Carella, who has had his store seven years. “I think people in general, since the recession hit, turned a corner and stuck with the little guys.”

Small Business Saturday was founded in 2010 by American Express, the providers of charge and credit cards, countering big-store shopping of Black Friday and the Internet shopping on the following Monday, Cyber Monday.

As the owner of a small business, Graham Carter says he does not really benefit from Black Friday.

“It’s the big box stores that attract the buyers on Friday,” said Carter, owner of the Store by the Shore toy store in Ocean Grove.

But Carter has a word of advice to the bigger stores who seem to be doing their Christmas displays and their promotions for Black Friday — the day after Thanksgiving and traditionally the massive kickoff for gift-shopping for the winter holidays — earlier.

“Eventually, you kill the golden goose,” Carter said. “It’s Black November. There was (in the past) an excitement about Black Friday. (Now,) they’re open Thanksgiving, which is a travesty.”

Carter said he also is looking forward to Small Business Saturday as are other business owners.

“My customers seem to try to make it a point to shop small as often as possible,” said Patricia Anderson, owner of Patricia’s Boutique for women and girls in Ocean Grove.

Small businesses can have an advantage over larger businesses because a knowledge of the products they sell, experience and passion, Carella said.

Anderson, who has had her business for 10 years, also praised the Small Business Saturday promotion — “It’s a nice boost for us,” she said.

Gretchen Schmidhausler, owner of Little Dog Brewing Company in Neptune City, will see how Black Friday and Small Business Saturday will work for her. She just opened her craft brewery earlier this month.

Little Dog’s brewery tours are by appointment. But her retail operation will be open to walk-ins both days, selling 32-ounce growlers of her current brews (porter, copper, pumpkin and apple), along with glasses, steins, wooden coins that may be used as gift certificates and her new book, “Making Craft Beer at Home.”

Nostalgic Nonsense — which was in Ocean Grove from 1989 to 1993 and since in Belmar — carries actual clothing from the 1950s, 1960s, 1970s and 1980s and new items influenced by those years. Tecza noticed a clothing trend — one that may become a Christmas trend, if not there already.

“I do carry ugly Christmas sweaters and shirts,” Tecza said. “We do well with those. It’s gotten big.”

Anderson was hoping for a no-rain weekend. Customers avoid shopping in the rain, but not the snow, Anderson said.

“I guess they like to walk around in it,” said Anderson, speaking of snow. “Snow is kind of fun. Rain is just miserable.”

Business has gradually increased for Store by the Shore toys on Small Business Saturday, said Carter, who has owned the store for six years, the first three years in Asbury Park.