Asbury Park’s APTV Looks Back at 2015 in Special Series 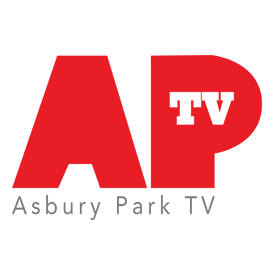 Asbury Park’s Public Access Cable Television station, APTV, is taking a look back at the year 2015 by presenting a three-week review of programs produced and aired during the year on the city’s public access channels. APTV broadcasts on channel 30 on Verizon/FIOS and channel 77 on Cablevision and the 2015 retrospective is running around the clock through January 18.

“In 2015, APTV produced and showcased Asbury Park High School’s award winning Debate Team, the Summer Internship Work Program, and Class Valedictorian Carl Cazeau. APHS Principal Reginald Mirthil has assembled a collective of students, who will create features on their fellow students to air on APTV in 2016. APTV will serve as a support system and a vehicle to air their creations,” said Heera Sidhu, Chairman of the Asbury Park Cable Television Advisory Committee, the station’s governing board.

APTV Board member Karen Heyson has been working with the K.Y.D.S. One Mic One Soul
events that take place on the last Saturday of every month at the Kula Cafe. K.Y.D.S. founders Rodney Salomon and Mychal Mills recently celebrated the one year anniversary of their event and each monthly edition airs on APTV.

A goal for APTV in 2016 is finding dedicated studio and editing space with full time access. APTV is now located in a small office on the second floor of City Hall, but access is limited to the hours that City Hall is open.

Sidhu said APTV will continue to offer opportunities for community involvement, whether it be residents or business owners. “We can always use more producers & editors and we plan to educate those interested in film, no matter their level of experience. There are also seats open on our sub-committees for 2016 for; programming, fundraising, and marketing.” Anyone interested can contact APTV through their website, www.asburyparktv.org

Since July of 2013, APTV has been recording and broadcasting meetings of the Asbury Park City Council and that effort was noted by Mayor John Moor at a recent Council meeting. “These are all volunteers and they’re here every meeting. If you miss the Monday (workshop) meeting, you can watch it and come here on Wednesday evening. They’ve done so many other things, at the High School, at events, APTV is great.” In 2016, APTV hopes to acquire the equipment to broadcast live from the Council Chambers and for live “streaming” on the Internet.