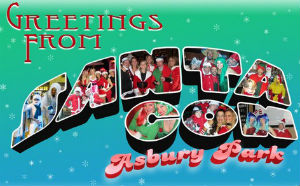 Police in Asbury Park are asking attendees at this year’s SantaCon on Dec. 9 to act and drink responsibly.

The holiday-themed bar crawl begins with attendees registering at several bars in the Central Business District at 11 a.m., and continues throughout the day and night.

The Police Department welcomes everyone to Asbury Park, to enjoy the bars and restaurants and all that the city has to offer but asks all to drink and act responsibly. In past years the event has drawn criticism for rowdiness, violence, disorderly conduct, public intoxication, noise complaints, and vandalism.

The police department is taking a zero-tolerance approach to all such violations of the law and City ordinances according to a release from the department. “As we have in past years the department has increased the number of police for the day of SantaCon, along with assigning off-duty police officers to a special detail to concentrate on the Central Business District and establishments with liquor licenses,” the release stated.