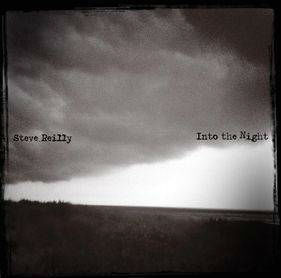 In 2007, singer/songwriter Steve Reilly left his native Ireland and came to the United States to pursue the music career he was looking for – and he has been here ever since.

“I always wanted to come here, even as a kid I pictured myself living in the states. And playing in Europe I constantly heard that I should go to New York City- so I came to test the waters. And I have been mainly here ever since,” he said.

Raised in Dublin, the 35-year-old singer/songwriter started playing in bands when he was 12 and at around age 15 was playing solo or with local musicians. He began touring Europe when he was 18 and ended up in America in 2007.

Reilly, who has an at-least three octave voice, said he likes all kinds of music but that his main concentration is Irish folk.

“I love most styles of music and play wide variety. My writing is mostly influenced by Irish and American folk. And vocally, I have a pretty wide range,” he said.

Once arriving in the United States, Reilly played New York City clubs, like the Bitter End, the Red Lion, and the Rockwood Music Hall. Locally, he has played in many clubs and at venues like The Stone Pony, Paramount Theatre and The Saint.

Now living in Ocean Township, Reilly said he has seen the music scene expand and become more inviting in Asbury Park over the years.

Reilly will also appear at Hudson Hall in Jersey City on Jan. 11, at the Dublin House in Red Bank on Jan. 18, and at Murphy’s Tavern in Rumson on Jan. 19.

Tossa Sky is Reilly’s second EP release with his most recent song “Into The Night” now available on ITunes. Find links from his website.