What’s UP! this week

by The Coaster Editorial Staff
in Asbury Park, Special Features
5
VIEWS
Share on FacebookShare via EmailShare on Twitter

Local audiences have become accustomed to the spectacle of musically curious actors passing this way with projects that have seemed alternately heartfelt (Bacon Brothers, Jeff Daniels) and hardly-so (Russell Crowe, Keanu Reeves). But when Kiefer Sutherland returns to the Stone Pony stage for a Memorial Weekend Friday encore, he’ll roll into town as a pre-seasoned veteran who racked up a lot of life experience by the time he recorded his debut disc, 2016’s Down in a Hole. With a reverent approach to straightforward country/rock; a voice whose lower register edges ever closer to Tom Waits, and a new album apparently being prepped for release, the star of screen and screen has braved enough high-profile stages (including the Grand Ole Opry) and logged enough road miles to have truly earned the designation of Survivor. Available tickets, $27.50 in advance, can be purchased at stoneponyonline.com.

SCREENS: The Dude is high atop the Asbury Hotel 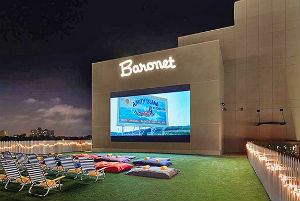 The Fourth Ave movie house is long gone, but the Baronet name (and the original sign) can be found high atop The Asbury Hotel, where the seasonal film series resumes this weekend amid the grand views of the open-air rooftop screening space. Asbury Park’s “carless drive-in” opens on Friday, May 25, for a 7 pm showing of the Coen Brothers’ quotable cult classic The Big Lebowski. It’s back in the water on June 1 for that great-white granddaddy of all summer blockbusters Jaws (a dinner-and-show deal for a $65 ticket), and the series continues apace with family-friendly Disney features Moana (6/2), the remake of The Parent Trap (6/8), and the live action Beauty and the Beast (6/9). 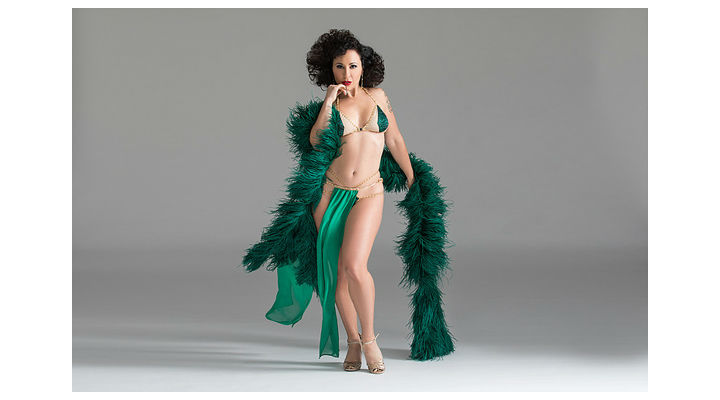 The pins are set, the rental shoes are lined up, and the balls are polished to a league-sanctioned gleam, as the remade/remodeled Asbury Lanesawaits its official unveiling this Memorial weekend — but over at the adjacent Asbury Hotel, a crucial component of the venue’s cherished earlier incarnation lives on, as the New Jersey Burlesque Festival establishes a two-night residency at the boutique lodging. Headlined by superstar-of-the-striptease and Burlesque Hall of Fame Angie Pontani (whose past appearances at the Lanes with the Pontani Sisters were part of a cultural casserole that included sideshow acts, marching bands, exploitation filmfests, game shows, bowling pin art, soul dance-offs, sex toy bingo, and garage sales), the third annual “celebration of the revival of the art of the tease in the Garden State” finds art, science, commerce, and more than a bit of joy in a mode of entertainment that’s as old as your grandfather’s wild oats — and that’s being reclaimed from the scrap-heap of stale stigma and camp nostalgia by a new generation of energetically empowered, reverently irreverent  practitioners. Friday’s 9 pm event is a competition to select The King & Queen of NJ Burlesque, with performers from all over the USA vying for cash prizes in front of a panel that includes Attica Wilde, Viktor DeVonne, and reigning winners of the crown. A 9 pm Saturday Evening Showcase promises performances by pros like Pontani, Wilde, Lydia Vengeance, and “Boston’s Premier Boy-lesque Troupe,” Sirlesque. General admission tickets ($30-$35), two-day passes ($55), and VIP seating for two ($150) available from eventbrite through njburlesquefestival.com.

SOUNDS: Gabrielle Stravelli at the APAC

A homegrown Jersey jazz chanteuse whose acclaimed career vector has taken her from Manhattan’s top cabarets (Feinstein’s, Metropolitan Room) — to the likes of Moldova, Azerbaijan, Pakistan, Norway, and Akron — Gabrielle Stravelli brings her mastery of the Great American Songbook (extended play version) to the welcoming stage of Ocean Township’s Axelrod Performing Arts Center, for a Sunday matinee musical presentation entitled It Might As Well Be Swing. An APAC encore to the singer’s 2017 salute to Ella Fitzgerald, the 3 pm program finds Stravelli (whose sets often mingle Tin Pan Alley standards with jazzed-up takes on the classic rock canon) paying homage to the lasting legacy of Richard Rodgers, in front of a 17 piece swing band featuring Axelrod regular (and “daylighting” professional oncologist) Dr. Art Topilow on the ivories. Expect a panorama of perennials from the composer’s years with songwriting partners Lorenz Hart (“Blue Moon,” “My Funny Valentine,” “Where Or When”) and Oscar Hammerstein II (the musical evergreens Oklahoma!, The Sound of Music, and The King and I). Reserve tickets ($38-$2 adults with senior discounts) at axelrodartscenter.com.

Any discussion of Honorary Asbury Park People would absolutely have to include a mention of John Eddie, the South Jersey saloon rocker who’s made the Asbury area circuit a crucial component of his training table for…jeez, has it really been almost 40 years?! It’s not every guitarslinger who could survive the major label/MTV mangler machine (recall his 1986 stomper “Jungle Boy”) and emerge from the experience with hard-earned integrity and much of his finest music appearing here in the new century — but when he returns to the Wonder Bar stage this Sunday night for two sets with his Dirty Ol’ Band (Kenny Aaronson, Dave Halpern, PK Lavengood, Teddy Russell), the grown-up jungle man whose compositions have hit the charts via renditions by Kid Rock and Brantley Gilbert won’t let a little thing like middle-age maturity interfere with his unerring party-starting instincts. Tickets ($18 advance) at wonderbarasburypark.com,or pay $20 at the door.

He’s a showman and a shaman; a theatrical impresario and a theorist who’s cheerfully dispensed with many of the old accepted norms regarding how live music is delivered here on the Shore scene. Glen Burtnik has called him “the vocal child of Tom Jones and Patti Labelle,” and area audiences have known for some time that Anthony D’Amato’s ongoing Remember Jones project is a unique attraction that would be the envy of any scene — a dynamic act by which a seasoned “overnight sensation” uses his vocal skills and actor’s instincts to supercharge the show-band template through a series of astonishingly spot-on album tributes. On the eve of Memorial Day, the man who’s wowed crowds with live big-band recreations of records by Amy Winehouse, Joe Cocker and Jeff Buckley (as well as a show built around R. Kelly’s “Trapped in the Closet”) takes the stage of the House of Independents at the helm of a massive 25-piece organization, for the debut of a new show — this one a salute to 808s and Heartbreak, the stripped-down and super-personal 2008 release by that frequent topic of conversation Kanye West. Tickets to the 8:30 pm event are $20 in advance from Lola’s European Café on Cookman Ave, or $25 at the door.