by The Coaster Editorial Staff
in Neptune 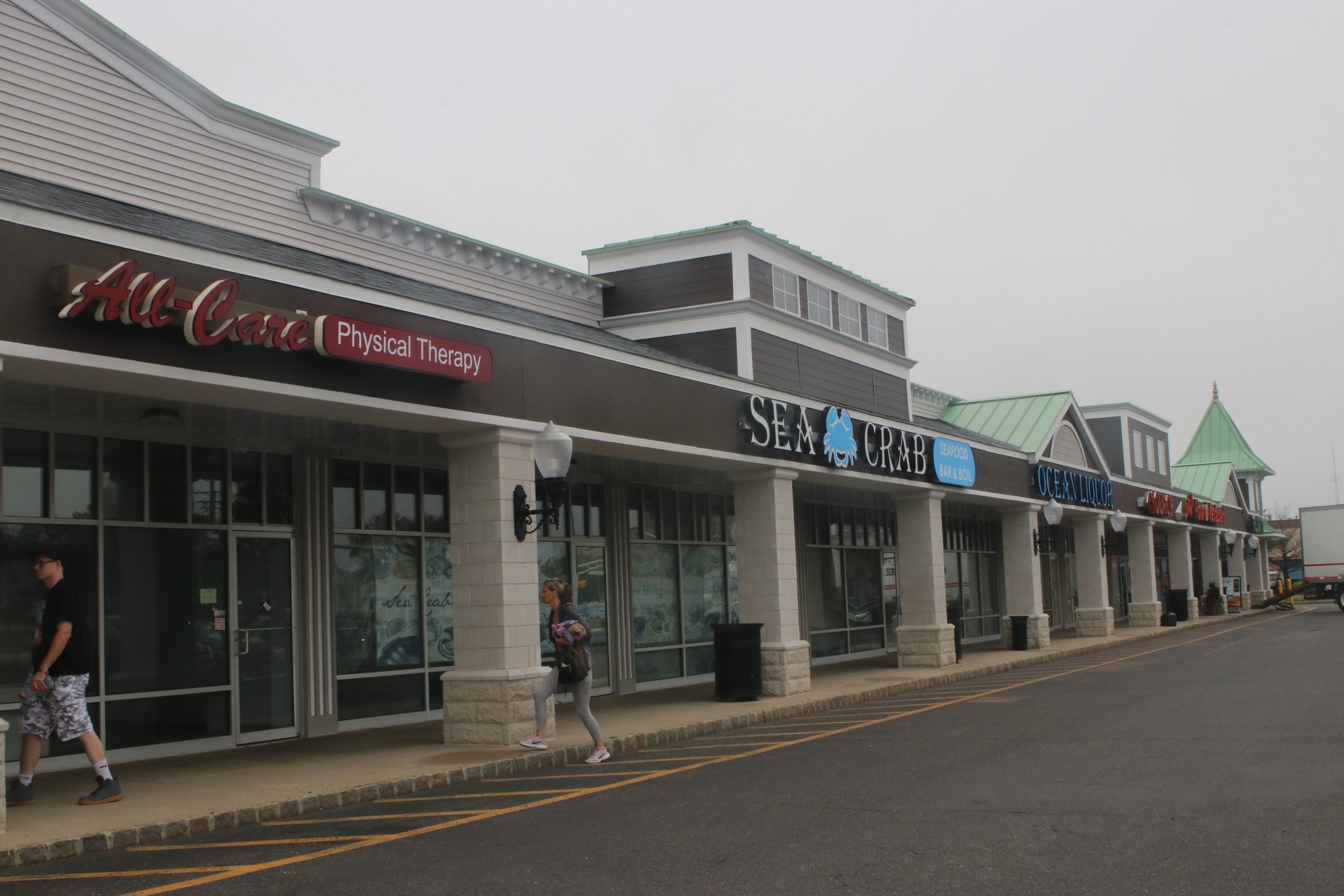 New businesses are moving into West Grove Square in Neptune.

The past year has seen many changes at West Grove Square, the 20-year-old strip mall on Main Street opposite the entrance to Ocean Grove. On the anniversary of its opening in 2001, the center has undergone a facade update and several new businesses are opening.

Steve Blitzer, a partner in the B&R Realty Group which owns and manages the center, said three new businesses are under construction and should be opening in the coming weeks.

Sea Crab Bake and Boil is moving into the space formerly occupied by Clancy’s Tavern, one of the original tenants. Blitzer said the Sea Crab Bake and Boil is a southern-style dining experience and a more upscale restaurant. It’s family-owned and co-owned with the Crab Table on Rte. 66 next to Home Depot. They also bought Clancy’s liquor license and will open Ocean Liquors next door.

Except for the liquor store, Clancy’s Tavern was shut down by the pandemic in March of 2020 and did not reopen.

One new business is a familiar name: The Spa Bella Style House recently opened its newest location at the southern end of the mall.

West Grove Square was developed in 2001 on seven acres of vacant land at the intersection of Routes 71 and 33, anchored by PNC Bank, Burger King, and Rite Aid Pharmacy, all stand-alone businesses. The 54,000-square-foot center has 13 connected businesses, and ample parking in what Blitzer calls a “service-oriented center.”

Blitzer said the mix of businesses, including Jersey Mike’s Subs, UPS Store, Sure Clean Laundry, and Dry Cleaning, and Luigi’s Restaurant are examples of businesses that create a synergy for sharing customers.

Despite the pandemic having a negative impact on business, Blitzer said they decided to proceed with the exterior improvements at West Grove Square which have been completed, and also thanks to the State Department of Transportation for its work smoothing the road on Main Street.