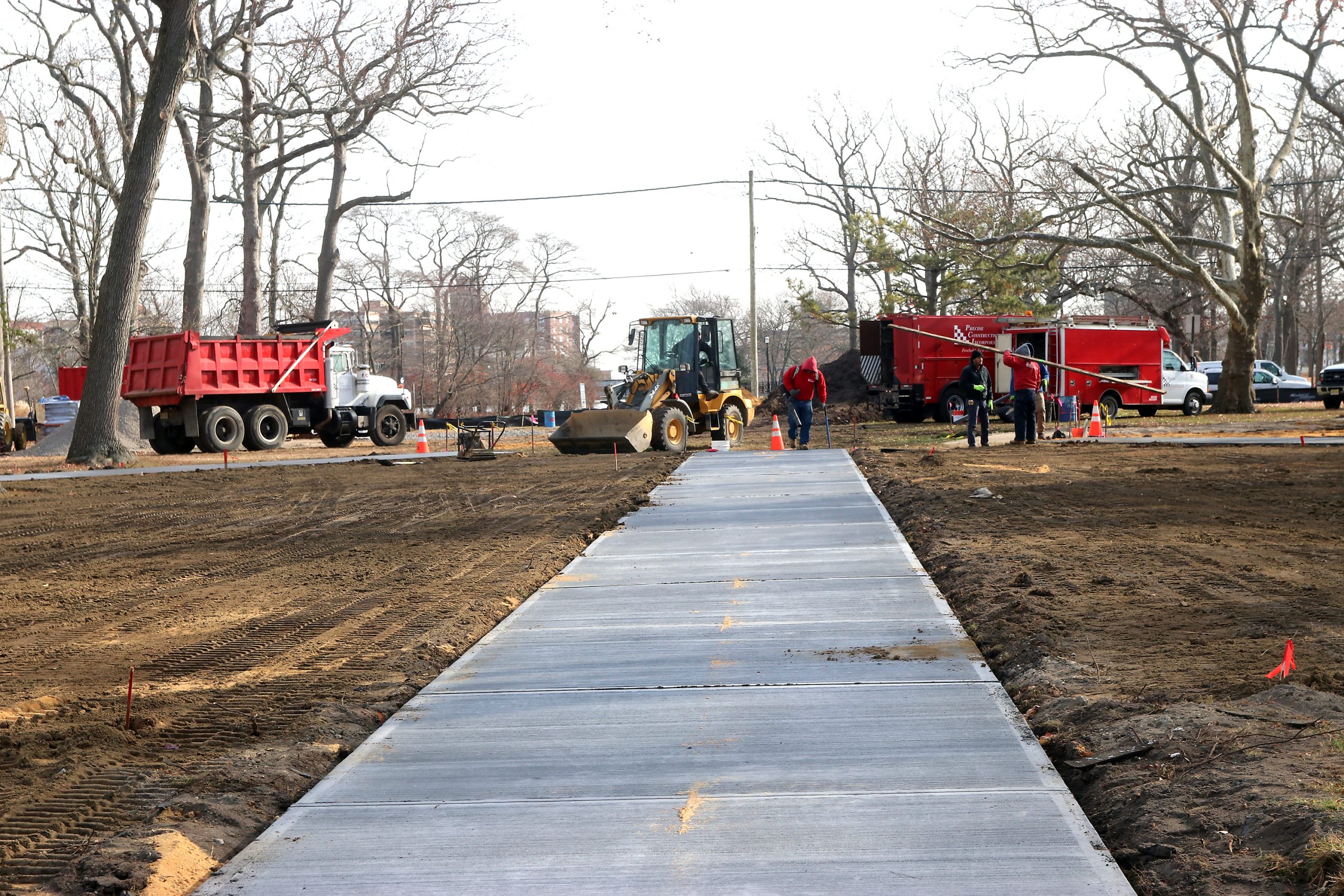 The westernmost area of Sunset Lake Park in Asbury Park is undergoing major improvements to make visiting the park a more enjoyable experience.

The park area bordered by Main and Bond Streets between Fifth and Sunset Avenues, has been in need of improvement, and work on the transformation has been underway for several weeks, according to City Councilwoman Eileen Chapman, who is also a member of the Sunset Lake Commission. The commission oversees the park and Sunset Lake.

“We approved a Sunset Lake Master Plan and this is the first project undertaken,” she said. “We had a meeting at City Hall three years ago and invited residents to tell us what they wanted to have in Sunset Park and learned that the park is really underutilized.”

One of the big problems is that the park usually has puddles when there’s heavy rain. Also flooding during heavy rains in Fireman’s Park across Main Street. She explained that’s because Sunset Lake originally extended all the way to Memorial Drive.

The improvements include new walkways from the four corners of the park to the center where there will be a gathering space with new lighting. The tree canopies have also been pruned.  There will also be some improvements on St. John’s Island, including new lighting and new benches. The Island is accessible from Grand  Avenue.

Chapman said the project was put out for bid and the city’s Engineering contractor T&M Associates is overseeing the work which should be completed in February and the park reopened in April.

Earlier this year, the city received a $250,000 Monmouth County Open Space Grant which is providing money for this and other projects at Sunset Lake Park and at Springwood Park where a new canopy has been placed over the stage.