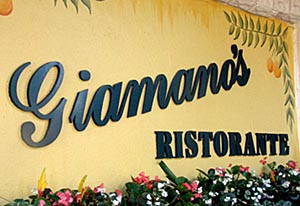 The owners of Giamano’s Restaurant in Bradley Beach will go before the Planning Board tonight (May 28) for approval to construct a four-story mixed use building that principal Steffan Manno says completely adheres to the town’s current Master Plan.

Giamano’s restaurant has been located at the site for 30 years.

The project is being developed by Third and Main Association, owned by Manno, whose family has operated the popular restaurant on Main Street for three decades.

“We are just trying to bring everyone up to speed on this highly supported project,” Manno said.

The project includes 34 residential units in upper levels with commercial space and 58 parking spots on the ground level. He said state parking professionals, who reviewed the plans, said a project of this kind would only call for 51 parking spaces.

“This is something that will support downtown Bradley Beach, support Main Street and support every other business on Main Street,” he said.

Manno said when the Master Plan was adopted a year ago, officials decided to change the Master Plan in a way that indicated they would like to develop a business district in downtown Bradley Beach

“I would like to say that it would be very short sighted for anyone to oppose a project that will have an enormous benefit to the entire town,” Manno said.

In prior attempts to have the project approved Manno said the board was opposed to a project that had a shortage of parking. Manno said originally he tried to purchase property across the street from his restaurant for parking, but when that transaction fell through, he changed his plans to include more parking on site.

The Manno family has owned and operated Giamano’s on Main Street for over 30 years.

“I’m friends with everyone, I did not want to move forward with a project that had a negative impact on the area,” Manno said.

Mann said, if the plans are approved, he will move his restaurant to another location in the borough.

“We have a liquor license that has to stay in Bradley Beach,” he said. “We will be removing the restaurant and relocating it. We are opening up a ton of parking and that will be a benefit to the town. As a 30 year staple in town, we have been here as long as anybody, our main objective was to make sure we had a project that benefitted the town as a whole, and this area especially,” he said.

Manno said he has been working with the planning board members, town officials and residents to design the current plan.

“We’ve been working with the planning board, the town itself and residents to come up with a plan that was acceptable and works the way the master plan designated it to be used,” he said.

Manno said he has personally received support from residents and business owners alike.

“We have people asking, in a town like Bradley Beach when Avon and Asbury Park are developing their downtowns, why would anyone oppose this project,” Manno said.

He also pointed to the fact that many small businesses on Main Street open and close, often within a year, in the same location.

“There has to be a reason. It’s the responsibility of the mayor and council and planning board to make sure that the town has the necessary footprint, that it has support for businesses in town,” he said.