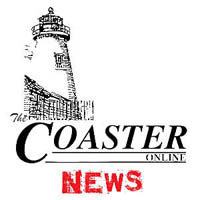 Ocean Township’s Oakhurst Fire District 1 has Fire Commissioners Russ Williams and Tom Reu, both incumbents, running for seats of the five-member board. Both are longtime firefighters. They are running unopposed.

This year’s total $2,229,186 budget, has a $1,858,735 tax levy, or the amount to be raised by taxation. The budget has an increase of only $16,800 from last year and results in no meaningful increase to the tax rate. Actually, due to recent property revaluations, the fire district tax rate will drop from 57 cents for each $100 of valuation to 55 cents, Fire District Administrator Craig Flanagan said.

Voters will also be asked to approve a referendum question that will allow the fire district to purchase two new vehicles: one for the fire marshal and another for the district mechanic. Each vehicle costs $75,000.

In Wanamassa Fire District 2, two incumbent candidates are running unopposed for two, three-year seats on the five-member Board of Fire Commissioners. Alan Dowling is running for his eighth term and Edward Horn is running for his second term.

The budget can be viewed at www.TOFD2.org.

There are no ballot questions this year in Wanamassa Fire District 2. Polls are open Sat., Feb. 16 from 2 to 9 p.m.